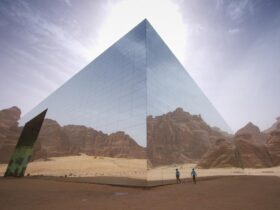 What it’s like to visit Saudi Arabia right now

Nine years ago the then new chairman of the Football Association, Greg Dyke, spoke of his aims for England’s men’s football team. “I want to set the whole of English football two targets,” he said. “The first is for the England team to at least reach the semi-finals of the Euro Championship in 2020 and the second is for us to win the World Cup in 2022.”

So far better than expected then – but one big step to come, win the blood-soaked, tainted World Cup in Qatar. It always seemed a ridiculous target on which to base any long-term success of the FA – get a dodgy decision in the semi-final and decades-old plans turn to dust.

It’s a quote that’s followed Dyke around for years, and to be fair to him it was part of a plan to focus the minds of everyone in the game about the paucity of English talent playing in the top flight. Of course, trying to win the World Cup seems like a really good idea. In practice, history tells us that it’s slightly trickier. There are other countries in the world where football is quite popular, who also would like to win the World Cup, with teams who have excellent players – who, again, would also like to win the World Cup.

But however glaringly obvious that is, there are still those, perhaps blinded by the quality of the Premier League (without noticing the nationalities of most of the best players), who expect so much of England each time around.

It’s this kind of madness that prompts people to write in capital letters when you try to point out that Gareth Southgate is the second-most successful manager in the side’s history. YOU CALL LOSING A FINAL SUCCESS? THAT IS THIS COUNTRY’S PROBLEM ALL OVER.

As with previous England managers, it feels as if there is no middle ground – you either back him 100% or think he should be sacked immediately and replaced with Thomas Tuchel. If Tuchel isn’t interested, force him to do it against his will, with no games and just a week of training before we play Iran in November.

Of course this nuance-less world extends to every part of England selection. Play more attackers – even if they’re out of position. What are they doing out of position? Pick a squad of right-backs. Drop all the right-backs. Build the team around Jude Bellingham. HE’S ONLY 19 STOP PUTTING PRESSURE ON THE LAD. The hashtag #SouthgateOut was trending on Twitter before England’s first game in Euro 2020 because he picked Kieran Trippier at left-back against Croatia.

The Toney-Tomori debate also elicited so much fury. How can you possibly know if they can cut it if they don’t get 25 minutes against Germany? But similarly, how can 25 minutes in one game really be an indication of whether any player is international quality? Moreover what does “international quality” really mean when elite club football is better?

It is possible to believe simultaneously that Southgate is the man to take England to Qatar but hold reservations about his tactics, or disagree with some of his selections. Given the swathes of criticism of his defensive outlook against the bigger teams, it feels counterintuitively brave to stick to those principles. England are unlikely to win the World Cup. Go down in flames and no one will complain (spoiler: they will); lose with the handbrake on and you’ve left the door wide open – and probably lost your job.

A lot of this comes back to how we consume football. How many of us are really invested in internationals until a major tournament begins? It’s on so we watch – but a boring game feels even more boring because you weren’t that bothered in the first place. It’s classic confirmation bias – you knew you hated the international break, it’s disrupted your weekend routine, and so it’s proved. (Granted, last Friday’s Italy game was boring by any metric.) Even the thrilling bits, those 15 minutes in the second half against Germany, are more of a passing bit of fun than something to remember. But since it’s the only game happening, it receives so much coverage despite the fact that none of us are really that interested.

What would have happened had England not staged that comeback on Monday night? I heard someone on the radio saying there would be “so much noise” around Southgate and the players for next two months. However much I’d like to think the England manager switches TalkSport on or downloads the Guardian’s Football Weekly podcast straight after a match, you’d hope for his sanity that he opts straight for his mellow acoustic Spotify playlist.

If there was a radio station called TalkTalkSport, that gave instant reaction to my shows after I came off air, hosted by current managers and players we’d just criticised, I’d probably give it a wide berth.

And realistically how much noise is there going to be about the World Cup until the week before it starts? For the next six weeks, football is relentless: Premier League, Champions League, EFL, WSL, La Liga, etc. There is barely any time to think about it.

As for Greg Dyke’s 2013 dreams, the one reassuring thing about losing the final of Euro 2020 was that the despair didn’t last that long. Usually with every tournament exit you get another moving BBC montage and the chance to actually enjoy the rest of the football.

Knowing our luck, however, if we are going to win one major trophy in our lifetime, it’ll be this depressing incarnation – in an unsuitable country, built on the lives of migrant workers. If there is any noise before this tournament, that is what it should be about.