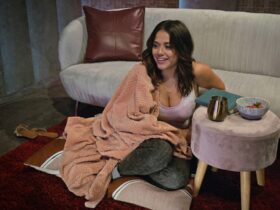 ‘Love Is Blind’: Go Inside the Pods That Make Talking to a Wall Romantic

A suicide bomb attack on an education center in Kabul has killed at least 23 people, most of whom are believed to be young women, in the latest sign of the deteriorating security situation in the Afghan capital.

The explosion took place on Friday at the Kaaj education center, in a predominantly Hazara neighborhood – an ethnic minority group that has long faced oppression.

Abdu Ghayas Momand, a doctor from Ali Jinah Hospital, where some of the victims have been taken, said 23 people had been killed and 36 more injured.

There has been no claim of responsibility for the attack.

Taiba Mehtarkhil, an eyewitness, told CNN many of the casualties were young women. She had gone to the center to look for her friend after she heard news of the attack and was confronted with scenes of chaos and despair, she said.

“I saw parents, other members of the families of the Kaaj students, screaming and running up and down,” she said. “Some were trying to get emergency medical attention to their loved ones and some others were looking for their sons and daughters. I saw around 20 killed and many more wounded with my own eyes.”

Mehtarkhil’s friend survived the attack as she was running late and hadn’t reached the classroom when the blast occurred, she said.

Another eyewitness, a 20-year-old who did not want to be named for security reasons, told CNN she was about 20 steps from the gate when the explosion threw her to the ground.

“When I got inside, I saw many of my classmates in blood. I found out that the explosion had happened inside my classroom,” she said, through tears.

“I was in a state of shock. I was just screaming my friends’ names and searching for them. I found some of them alive, but not my closest friend who was 19, and the most intelligent girl in our class,” she said.

Her classroom is the largest in the center and normally fits about 500 male and female students, she said.

“It is horrible, I am still in shock, it feels like a nightmare. It killed many of my dearest friends and classmates. I want the world not to treat this as another news piece. I want the world to know the pain we are going through right now. I am totally devastated,” she said.

“The Islamic Emirate of Afghanistan calls the attack on Kaj training center in the 13th district of Kabul a big crime, strongly condemns it, and expresses deepest sympathy to the families of the victims of this incident.”

“Serious measures will be taken to find and punish the perpetrators,” he added.

UNICEF said it was “appalled by the horrific attack” in a tweet Friday.

“This heinous act claimed the lives of dozens of adolescent girls and boys and severely injured many more,” it said. “Violence in or around education establishments is never acceptable. Such places must be havens of peace where children can learn, be with friends, and feel safe as they build skills for their futures.”

The United States said it “strongly condemned the attack” in a statement on Twitter.

“Targeting a room full of students taking exams is shameful; all students should be able to pursue an education in peace and without fear,” the Chargé d’Affaires of the US Mission to Afghanistan wrote.

Pakistan’s prime minister, Shehbaz Sharif, condemned the attack, tweeting: “Deeply grieved at the loss of young lives in a horrific suicide attack at a learning center in Kabul. Words can’t express this sheer barbarism. We send our deepest condolences & most sincere sympathies to the bereaved families & people of Afghanistan.”

Bennett said the center had been crammed with students “full of hope for a brighter future.”

Since the Taliban took control of Afghanistan in August 2021, there have been multiple attacks against the Hazara community.

The Islamic State of Khorasan Province has claimed responsibility for 13 attacks against the Hazaras and been linked to three more that have killed and injured at least 700 people, according to Human Rights Watch.

“The Taliban authorities have done little to protect these communities from suicide bombings and other unlawful attacks or to provide necessary medical care and other assistance to victims and their families,” the report added.

A string of attacks in Kabul have claimed dozens of lives in recent weeks.

Earlier this month, two Russian embassy employees were among six people killed in a suicide blast near the Russian embassy, and in August, an explosion at a mosque during evening prayers killed 21 people and injured 33 more.

This is a breaking news story. More to come.