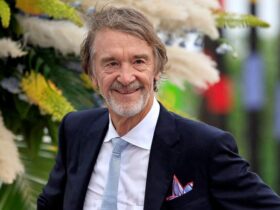 After England came from behind to beat South Africa 2-1 in the final series of the summer – three matches across which they scored at 4.09 runs per over, a figure only exceeded in their entire history by the 4.54 they reached when New Zealand were beaten earlier this summer – Joe Root believes his team are making Test cricket so exciting that the Hundred might end up redundant.

When the Hundred was announced in 2018 the then England and Wales Cricket Board chair, Colin Graves, said it was required because “the younger generation, whether you like it our not, are just not attracted to cricket”, because “they want something different, they want it more exciting, they want it shorter”. But Root believes this England team is different and more exciting – while those in search of shorter cricket will have enjoyed a South Africa series that ranks, in terms of balls bowled, as the second-shortest three-Test series since 1896, with its deciding match the shortest completed Test played in England in 110 years.

“There’s been a lot of talk about the Hundred as a great opportunity to get people into the game,” Root said. “Well, there’s no reason why Test cricket can’t do that. You turn up and watch Ollie Pope try to reverse sweep a 6ft 8in bowler to win a Test match. You’ve got guys running in and bowling spells like Ollie Robinson has, and Jimmy [Anderson] and [Stuart] Broad did. I’d like to think people will want to tune in and watch that and get involved in cricket through this format as well.

“There was a moment at Trent Bridge [when England beat New Zealand in June] when me and Zak Crawley sat down with a crossword in the last session. We did one answer and within three overs we’d put the book down and couldn’t take our eyes off the cricket. It was like watching a highlights reel of a T20 game, never mind a Test match. It was remarkable. Some of the things we’d never seen before in Test cricket happened in a short space of time. It almost feels like when we started to make those really big scores in the white-ball team. That’s the exciting thing – what’s the limit? How far can we go?”

Root resigned from the England captaincy in April after leading the side through a miserable run of one win in 17 matches, an experience that has done nothing to reduce his enjoyment of the subsequent run of six wins in seven under the leadership of Ben Stokes and the new coach, Brendon McCullum. “I’ve never had more fun playing professional cricket,” he said. “Honestly, it’s hard to put into words but you turn up every day and you’re very excited about what’s going to happen. It’s been great to be part of, so much fun to play the way we have. To know there’s still more potential and areas we can improve is the most exciting part of it. We’re definitely not the finished article but to see the strides we’ve made in such a short space of time has been really a breath of fresh air. I’m buzzing about it, to be honest.”

But the South Africa series that put the seal on a remarkable summer for England was also the least successful of Root’s career, with the 31-year-old, so often England’s saviour with the bat and nurturing a Test average of 50.1, averaging only 11.5 in four innings and being outscored by 15 players including Stuart Broad and the South African bowlers Kagiso Rabada and Marco Jansen. “There’s an element of satisfaction winning, but my job is to score runs,” he said. “It feels like everything is coming together and we’re in a good spot as a team. As a senior batter involved in that, it’s nice to have that around you.”