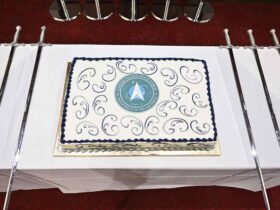 It is easy to see why Jack Grealish calls himself a normal kid. The Manchester City winger knows that he attracts a lot of attention, some of it good, some bad, but there was no sign of any ego while he held court with the media at St George’s Park this week.

“People have so much to say, whether that be on social media or pundits and stuff like that,” Grealish says as he considers whether he has had to develop a thick skin in recent years.

“It is the biggest sport in the world and everyone wants to talk about it, so you just have to go with the flow.”

Go with the flow: it is what people want from Grealish when he steps on the pitch. Few players are as fun and there is bound to be plenty of pressure on Gareth Southgate to make the former Aston Villa captain a key part of England’s attack at the World Cup.

For all the buzz around Grealish there are people ready to question whether he merits a place in the side. This is a crucial period for the 27-year-old forward. He was a free spirit at Villa, but from the outside there is a sense that some of the joy has been stripped from his game since he joined City for £100m last year.

“At Villa I was more free,” Grealish says. “At City, there’s more structure. It was obviously going to change my game a bit.”

Grealish is quick to stress he has a good relationship with Pep Guardiola, saying that he has never seen anyone with a better understanding of football than City’s manager. Yet he knows there is room for improvement. His first year at City was not easy, even though he ended it as a league champion, and he was relieved to score his first goal of this season in the 3-0 win at Wolves last Saturday.

Will that close-range finish from Kevin De Bruyne’s cross mark a turning point? Grealish is keen to produce more in the final third. He was not satisfied with six goals and four assists last season, and he needs a strong showing when England play Italy in the Nations League in Milan on Friday.

Grealish looked amused after hearing that Graeme Souness has been talking him down on the radio this week. “I don’t know what his problem is with me,” he says. “He always says stuff about me. I try not to read it. It is difficult when he’s on Sky Sports and it’s everywhere around the training ground at times.

“He was a great player and won a lot but I don’t know what it is with me. I know my ability. I know he used to say stuff about me not moving the ball quicker but when I’m playing for a manager like Pep Guardiola and he’s telling me to keep the ball as much as I can and have the balls to take it everywhere, that’s what I’ll try and do.

“I am very critical of myself. I know that there were games, especially in the second half of last season, where I wasn’t at my best. I came back fit, had a strong pre‑season and then unfortunately got injured in the second game. But I’m just going to try and get that fitness back because I know I’m not 100% yet. But I’ll always have people on the back of me.”

The mind drifts back to the coverage of Grealish enjoying himself on holiday this summer. Photographs emerged of him drinking alcohol, inevitably causing people to question his professionalism. “I’m just a normal kid,” he says. “I feel like I was just doing what a lot of other footballers are doing, but sometimes I get more attention when I’m on holiday in Ibiza or Vegas.

“After that I was putting up photos of me working. I don’t know if a lot of people spoke about that. I tried to come back as fit as possible and I felt like I did. I’ve seen the manager said that a few times about me. I know how professional I actually am.”

It comes with the territory. Grealish accepts England are under pressure before these games against Italy and Germany. They are bottom of their Nations League group with two points from their first four games, though Grealish insists the criticism Southgate endured after England lost 4-0 to Hungary in June was excessive.

“It is very harsh, especially as you saw at the World Cup and the Euros how well the team and the manager did,” Grealish says. “But sometimes that’s what you get when you’re English. I’ve had my fair share.”

Grealish rejects the idea that Southgate is too negative. He disagrees with suggestions that the manager is wary of flair players. Like Southgate, Grealish is learning to cope with the critics. He listens to the people who matter, but he ignores the trolls on social media.

“When I signed for Man City I knew it wasn’t going to all be laughs unless I started the way Erling Haaland did,” he says. “That’s the only way I wouldn’t get caned. I’m not going to sit here and say ‘nothing ever affects me’ because it does sometimes. I’ve had to learn to deal with it.”