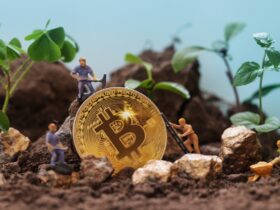 Iran’s Supreme Leader Ayatollah Seyyed Ali Khamenei was seen attending an event at a mosque in Tehran on Saturday, according to pictures and a video published on Iran’s government websites and state media, one day after reports circulated about of his deteriorating health.

One picture showed Ayatollah Khamenei wearing a mask and greeting the crowd attending the ceremony, which marked the 40th day after the martyrdom of Imam Hussein.

Other pictures showed him seated on a chair to the right side of the room, holding prayer beads and looking at the imam delivering the sermon.

In a 12-minute video, the Ayatollah was seen listening and interacting during the event, where Shia worshipers gather to mark the end of a 40-day mourning period that commemorates the seventh-century death of Imam Hussein, the grandson of the Prophet Mohammed. A video on state media showed Khamenei addressing the crowd at the event.

The New York Times said on Friday that Khamenei canceled all public appearances last week after falling “gravely ill” and was under observation by a team of doctors.

The pictures posted on several of Iran’s media outlets indicate that the 83-year-old Ayatollah was physically able to appear in public at the event.

Ayatollah Khamenei has been the leader of Iran for the last three decades and is one of the longest serving rulers in the Middle East. It remains unclear who might succeed the leader, but it is expected that in the event of his death the Assembly of Experts will convene to discuss his successor.