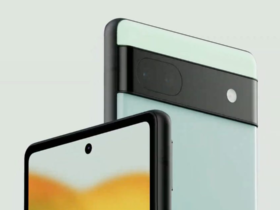 Editor’s Note — This CNN Travel series is, or was, sponsored by the country it highlights. CNN retains full editorial control over subject matter, reporting and frequency of the articles and videos within the sponsorship, in compliance with our policy.
(CNN) — More than 30 years ago, Dutchman and history enthusiast Max Ammer received a lead from his then-landlord, a war veteran, about submerged WWII aircraft in the waters of Indonesia.

The tip led him to what would become a four-month-long diving expedition through various archipelagos, consulting local fishermen along the way.

During his journey, one place stood out from the rest: Raja Ampat, in Indonesia’s West Papua Province.

Located in the heart of the Coral Triangle, the Raja Ampat Marine Protected Area Network spans over 4 million hectares and includes around 1,500 islands.

Credited with having the richest marine biodiversity on Earth and a relatively sremote location that has allowed it to escape mass tourism, it’s no surprise that Raja Ampat is often marketed as “the last paradise on Earth.” It’s home to more than 1,600 species of fish, while some 75% of the world’s known coral species can be found there.

“There are endless beautiful areas and many hundreds of beautiful coral gardens,” says Ammer.

His love for both the natural beauty and the local communities inspired him to open the Kri Eco Dive Resort in 1994, with the aim of training local divers and bringing people into the “unspoiled aquatic world.” A resort at nearby Sorido Bay followed, with the two properties operating under Ammer’s Papua Diving company.

One of the most successful conservation projects on Earth

Raja Ampat, often dubbed “the last paradise on Earth,” is famed for its rich marine biodiversity.

Raja Ampat hasn’t always been a conservation success story, proving that real change is possible with the right approach.

“A lot needed to happen in partnership with various stakeholders to turn this around.”

In 2004, Raja Ampat was added to West Papua’s Bird’s Head Seascape initiative, a project created to devise a network of Marine Protected Areas with the support of international conservators and local authorities. It strives to preserve marine resources while ensuring food security and sustainable economic benefits for the locals.

“Since the initiative’s inception, fish populations have rebounded; poaching by outside fishers is down by around 90%; coral is recovering; and long-term food and livelihood security for local communities improved,” says Irmadhiany.

Enticing local communities to become active members of the conservation effort has been key to its success.

The parks employ locals to survey and protect the areas. They preserve local indigenous knowledge, values and traditional practices such as “Sasi,” which refers to the age-old local tradition of sequestering areas to allow ecosystems to recover.

“You’ve got to start with communities and ensure your solutions suit their needs. The goal is to support their self-determined commitments to protect their place, so the solution is sustainable and benefits local people and biodiversity,” says Irmadhiany.

Their efforts are paying off. Earlier this year, the Raja Ampat Marine Parks Network — which includes 10 protected areas spanning more than two million hectares — was issued the Blue Parks Award.

Organized by Marine Conservation International and endorsed by the United Nations, the annual award recognizes marine parks around the world for meeting the highest science-based standards for conservation effectiveness.

The Misool Eco Resort is in a “no-take zone.” All fishing and hunting activties are banned within the 300,000-acre marine reserve.

Marit Miners is the co-founder of the now-famous Misool Eco Resort and Misool Foundation, one of the best examples of the importance of engaging local communities to create a financially and environmentally sustainable resort.

Her relationship with Raja Ampat began as a love story. While traveling in Bangkok in 2005, she met fellow diving enthusiast and her future-husband Andrew Miners.

On their third date, he invited her to dive at Raja Ampat.

“My first visit to Raja Ampat in 2005 was life-changing,” Miners tells CNN Travel. Born in Sweden, she studied anthropology before discovering her passion for scuba diving and yoga in Thailand.

“It was unlike anything I had ever experienced before, both above and below the water.”

While the reefs off the island of Batbitim, where Misool is now located, were amazing, something irked Miners about the former shark finning camp.

The biodiversity had yet to recover from years of commercial fishing practices. It prompted the couple to found Misool Foundation and Misool Resort — the latter a way to financially support the conservation work — in 2005, not long after their first visit.

Then, they reached an agreement with the local communities to turn Misool Marine Reserve into a “no-take zone,” meaning all fishing and hunting activities would be banned within the 300,000-acre area. They have hired their own ranger patrol to monitor the waters since 2007.

As for the resort itself, sustainability is always at the forefront of operations.

Sharks and other sea creatures have returned to Misool.

Meanwhile, sea creatures are returning to the site where once “dead, finned sharks were left in the shallow waters” and the richer underwater life has become more appealing for divers.

“Since 2007, fish biomass (at Misool) has increased by an average of 250% and shark populations have rebounded. A healthy, vibrant ecosystem is wonderful for tourists to experience, but also essential for local people who depend on the reefs’ abundance for their livelihoods,” says Miners.

She notes that engaging the local communities is essential for the continued success of Raja Ampat, as a well-protected marine environment requires collaboration and long-term commitment.

“As ecosystems recover, their abundance becomes increasingly attractive to those that wish to exploit them. Threats evolve and diversify over time… It is unrealistic and risky to assume that a problem is permanently fixed.”

This is why dedication is needed from the community, local regional governments, scientists, business owners, non-profit organizations, schools, funders and influential local and international supporters, she adds.

“This holistic approach will give the best chance of success. It takes a whole lot of spirit and energy, which is found here in Raja Ampat,” says Miners.

Cape Kri and other must-visits at Raja Ampat

About two decades ago when Dr. Gerry Allen of Conservation International dived at Cape Kri, Papua Diving’s house reef, he counted a record-breaking 327 fish species on one single dive. A decade later, the number went up to 374 distinct species in 90 minutes.

“When we started there were a lot of very damaging practices rampant all over the Raja Ampat: bomb fishing, potassium cyanide fishing, shark fishing, logging,” says Ammer.

“All of that has slowly been eradicated. In our case, mainly by creating other options for making a living. When we gave turtle poachers, shark fishermen, (logging workers) jobs in the resorts, they no longer have to be involved in damaging practices.”

Papua Diving’s two locations are built in areas that had already been disturbed; both were former coconut plantations, meaning no virgin forest was destroyed.

They were mostly built with local materials, while the inclusion of stainless steel prolongs the lifespan of the wood. Roofs are made of traditional thatch palm leaves harvested by and bought from local communities.

They have designed catamarans that are more fuel efficient, built by local people. A new catamaran currently in development will be fully electrical and autonomous when it hits the water.

Papua Diving’s two resorts both feature conservation and diving centers, while some 90% of their staff are locals.

When asked about his favorite places to dive in Raja Ampat, Ammer says the list is almost endless.

“I often still am amazed when I look around during a dive. I wonder if I might be dreaming it all,” says Ammer, who has named many of the area’s dive spots himself.

In addition to Papua Diving’s famous house reef Cape Kri, Sardines Reef is said to have “so many fish that they sometimes block out the sunlight.”

There’s plenty to see above water in Raja Ampat as well.

“The largest terrestrial arthropod, the coconut crab, can be found scuttling amid the undergrowth and unusual bird species such as the sulfur-crested cockatoo, Blyth’s hornbill and brahminy kite, are commonly sighted. Thick mangroves act as nurseries to juvenile fish and as a hidden refuge for roosting flying foxes, or fruit bats.

“On land, there are hikes that will reward you with extraordinary views of the iconic karst islands and blue lagoons.”

Luis Kabes, a local dive guide at Papua Diving, tells CNN Travel that to have the best experience at Raja Ampat, travelers should also “visit a local village and share some time at the local school.”

“Tell us about your country and learn from us. Share a meal,” says Kabes, who comes from Sawandarek Village on Batanta Island, one of the main islands of Raja Ampat.

He says he’s proud that Raja Ampat is now such a famous place and takes pride in being a dive guide.

Having spent three decades in Raja Ampat and visited over 400 World War II aircraft sites there, Ammer agrees that the biggest attraction is the people.

“Interact with people. Anywhere,” Ammer adds, “Maybe you will fall in love with them also and never want to go home again.”