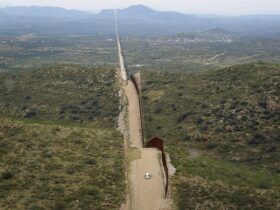 Soldiers Who Smuggled Immigrants from Mexico While in Uniform Sentenced

With Hurricane Ian heading up the Atlantic coast, NASA and SpaceX are looking to get their next big mission off the ground in Florida as early as Wednesday.

The quartet is currently set to launch atop a Falcon 9 rocket from Florida’s Kennedy Space Center as soon as noon ET (9 a.m. PT) on Wednesday. Before Ian bombarded Florida, the launch had been planned for Monday, but it was pushed to Tuesday and then pushed back again by another day.

NASA is continuing to monitor the impacts of Ian in the region and could adjust the launch date again. A backup launch window has already been reserved for Thursday.

NASA TV will televise the entire launch and the docking with the ISS. You can follow it all right here starting shortly before launch.

Crew-5 will spend roughly a day traveling to the ISS after launch. Once the new crew arrives, the members of the Crew-4 mission currently on the ISS will spend five days handing off duties to the new arrivals and then the Crew-4 capsule currently docked to the ISS will head for home with those astronauts aboard for a splashdown return.

The astronauts of Crew-5 plan to live in orbit for about six months, carrying out science experiments and maintenance projects on the station.