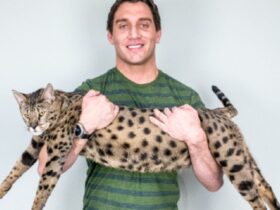 Time jumps and actor changes weren’t the only jarring elements of House of the Dragon, episode 6. Sunday’s episode of HBO’s Game of Thrones prequel series ended with a fiery bang for one character. It was unexpected and not in a good way for some. Let’s discuss in the spoiler-filled section below.

What decision does Laena make?

Two big choices come up at the end of episode 6.

Similar to Aemma Targaryen, Laena Velaryon suffers a difficult childbirth, unable to push the infant out. The surgeon suggests to Laena’s husband Daemon Targaryen that he could “lay open the womb, try to remove the infant by way of the blade.” But there are no guarantees the baby or the mother would survive.

Unlike Aemma — who dies after King Viserys allows his surgeon to operate on her — Laena realizes what’s going on early enough to take matters into her own hands. Before Daemon can have a say, Laena escapes the birthing room and limps outside, imploring her dragon Vhagar to breathe fire onto her. “Dracarys!” she commands — the High Valyrian (language of the old Valyrian Freehold) word for “Dragonfire.” Vhagar hesitates, visibly confused by his rider’s shocking request. But eventually he seems to understand her pain and helps to end it, incinerating her in a powerful blaze.

Why does Laena kill herself?

Unfortunately, before going into labor, Laena was already in a bad place in more ways than one.

We first meet Laena when she’s 12 years old, having been carted up to King’s Landing as a young bride offered to King Viserys. More than three years after Viserys rejects her, Laena reunites with the King’s younger brother Daemon. Daemon, childless, had just murdered his wife. He immediately takes a shine to Laena in episode 5.

Ten years later, the two are married with two daughters. But, as House of the Dragon never fails to remind us, sons are what everyone is after. In a scene before Laena’s death, she and Daemon talk about the struggles in their marriage. Daemon is restless, unable to sleep. They also discuss Rhaenyra, Daemon’s ex-lover, delivering another son. Laena clearly laments she hasn’t produced one for Daemon.

“Perhaps, I too, am not the wife you would’ve wished for yourself … It does not pain me. I have made my peace.”

This scene appears to be foreshadowing what’s to come. Even the scene in which Laena speaks to her youngest daughter Rhaena seems to provide a touch of necessary exposition, making it clear Laena is bound to Vhagar, “the largest [dragon] in the world.”

Laena, stuck in a troubled marriage, failing to fulfill her purpose of producing male heirs for kings and princes, kills herself with Vhagar’s help. While she was going to die in childbirth anyway, at the very least Laena has the agency to choose her ending, one that no prince or king decides for her.