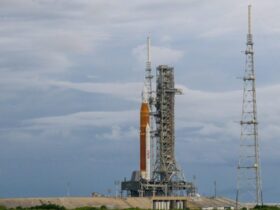 The two ends of Herbie Farnworth’s story to this point could not be more different. Before earning an England call-up on Friday for the World Cup he made his name in Australia with the NRL’s Brisbane Broncos having left home at 17 to pursue his dream. That home? The small Lancashire parish of Blacko, where about 700 people live and, in Farnworth’s words, “everyone knows everyone”.

The modest, roughly cut fields there are where the 22-year-old not only learned to play the game but trained with his uncle as recently as this week in preparation for his England debut. “It’s been a long journey,” says Farnworth of his unconventional path.

That journey seems even more unorthodox when you learn that Farnworth was in the youth setup at Manchester United and Burnley and was even given a guided tour by Manchester City. “They gave me a couple pairs of really cool Nike boots,” he says, laughing.

But Farnworth’s mind had already been made up: he wanted to play rugby league, not football, and after excelling for Wigan St Patricks was courted by Wigan Warriors. However, Farnworth and his uncle, the former Wigan scout Brian Foley, had a different plan.

At the age of 14, they flew to Australia for six weeks to test Farnworth against the world’s best juniors. The talent scouts who spotted him were stunned to learn he was English. “I knew from a young age I had to get out there if I wanted to be the best, I had to train with the best,” he says.

Brisbane eventually secured Farnworth’s signature and at the age of 17 he left Blacko and his family behind for Queensland. “The move there was horrible,” he says.

“I remember my last day over here. I went for a curry with my mates. I walked to the bus stop after and started crying. I’d just turned 17 and it sunk in: I was leaving all my family and my close friends. It didn’t feel like the right thing to do.

“The first six months there was a killer, but I knew I couldn’t quit. We were staying in a little shoebox with not much money. But I couldn’t live with myself if I quit or if I rung my parents asking for £2,000 for a flight home. I stuck at it. After that, I was all sweet.”

After progressing through the junior ranks at Brisbane, Farnworth made his NRL debut in 2019. The centre has become a mainstay of the Broncos side and it has felt for some time that an England debut was an inevitability.

An injury that ruled him out of the second half of this season threw some doubt on whether that moment would arrive at the World Cup. But Farnworth has been declared fit and it is clear that he has not forgotten his roots.

“I’ve been training on the local fields in Blacko since I got back actually with my uncle Brian,” he says, smiling.

“When it was too cold for my junior teams to train we’d run up and down under the bridges in Blacko because there was no snow there. And now I’m back training there ahead of an England debut.

“But I love it there, it’s a little quiet village where everyone knows everyone. I think the average age of the residents is something like 60 and I guess Blacko and Brisbane couldn’t be more different.”

The wine bar, which is owned by Farnworth’s brother, in the neighbouring village of Barrowford, will be one of several venues in the area watching on with pride if the 22-year-old – one of six debutants in Shaun Wane’s England squad – is picked for the World Cup opener against Samoa on 15 October at St James’ Park. Before that the host nation face Fij in a warm-up fixture at the AJ Bell Stadium on Friday.

For some of Farnworth’s family, it will be their first chance to see him play live. “It was so cool to be able to tell my family I was in the squad,” he says. “Shaun rang me and told me I was in and to be able to inform everyone was so special.

“Everyone still lives in the family home where I grew up. Not too much has changed since I last came over or even from when I left. I absolutely love going back and I like that nothing changes because if it does, you feel like you miss out.

“I’ve not seen some of my family for two years, so it’s cool to see them and get the chance to play in front of them.

“It’s always been a dream of mine to play for England. I just can’t wait to get out there on the pitch. I never really took the whole football thing seriously. Once I started playing rugby league, I knew I loved it and I wanted to play all the time.

“It’s snowballed from there really quickly. It gives me goosebumps thinking about what it’ll be like playing in that first game.”