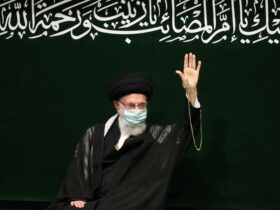 Cloud gaming service Google Stadia will shut down on Jan. 18, the search giant said in blog post Thursday. Google will refund all Stadia hardware purchased through its Google Store, along with all games and add-on content purchased from the Stadia store.

The tech giant aims to have all the refunds completed by mid-January.

People using Stadia will still to be able to access to their game libraries, including Pro games if you had an active Pro subscription as of Thursday. In an email sent to players, Google warned that publisher support for games may vary, and it’s possible that your gameplay experience may be affected during the shut-down period (suggesting that some games could vanish or lose features early).

It appears that Google didn’t tell many developers about the shut-down prior to the public blog post. Destiny 2 makers Bungie tweeted on Thursday about coming up with “a plan of action” in the wake of the announcement. Assassin’s Creed developer Ubisoft intends to allow players who’ve bought its games on Stadia to bring them to PC through its Ubisoft Connect digital distribution service, it said Friday.

Google talked to at least one studio (Luxor Evolved developer Olde Skuul) about reimbursement for lost revenue as a result of the abrupt change, Axios reported Friday.

“A few years ago, we also launched a consumer gaming service, Stadia,” he said in the blog post. “And while Stadia’s approach to streaming games for consumers was built on a strong technology foundation, it hasn’t gained the traction with users that we expected so we’ve made the difficult decision to begin winding down our Stadia streaming service.”

Many employees on the Stadia team will be reassigned to other roles within Google, the blog post noted.

The cloud gaming service launched in November 2019, to a mixed reception.

“Stadia isn’t delivering new games [at the moment], it’s just trying to deliver a new way to play through streaming. One that you can already get from other providers,” CNET’s Scott Stein wrote at the time. “Until Google finds a way to loop in YouTube and develop truly unique competitive large-scale games, Stadia isn’t worth your time yet.”

Despite having some solid games in its library, Stadia failed to evolve. Google shuttered its in-house development studio in 2021, hinting that its gaming ambitions were shifting away from Stadia.

It hasn’t been a total bust for the company, with Harrison saying the tech can be applied to YouTube, Google Play and its augmented reality projects.

That tech will also be made available to Google’s industry partners. Sony gave its own streaming service a headstart in 2015 by buying the patents of OnLive — an early game streaming service — shortly before the once-promising startup shut down.