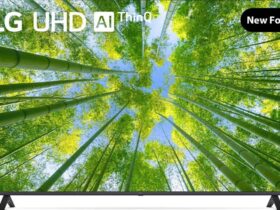 Google will have to face the bulk of a multistate antitrust lawsuit that accuses the tech giant of reaching an illegal deal with online ad rival Facebook.

The lawsuit, filed in 2020 by Texas Attorney General Ken Paxton and 16 states or territories, alleges that Google entered into a secret agreement, codenamed Jedi Blue, with Facebook in 2018 that would allegedly give the social network an illegal advantage in the search giant’s online advertising auctions. Facebook is not a party to the lawsuit.

Google had sought dismissal of the lawsuit, arguing that the conduct the states described is legal. However, US District Judge P. Kevin Castel for Southern New York ruled Tuesday that lawsuit can proceed, although he did dismiss one claim that alleged the deal was an unlawful restraint of trade, saying “there is nothing inexplicable or suspicious” in what led the companies to enter into the agreement.

Google’s massive ad tech business has been under scrutiny from regulators in the US and EU. Google reportedly offered to allow third-party ad platforms on YouTube in an attempt to settle an ongoing antitrust investigation by the European Union without paying a hefty fine.

“As we’ve long said, advertising technology is a fiercely competitive industry — and our products increase choice for publishers, advertisers and consumers while enabling small businesses to affordably find new customers,” Google said in a statement.

Paxton’s office didn’t immediately respond to a request for comment.

The original lawsuit accused Alphabet-owned Google of harming competitors by engaging in “false, deceptive, or misleading acts” while operating its online ad exchange. It also alleged that Facebook illegally teamed up with the search giant, one of it biggest competitors in digital advertising.