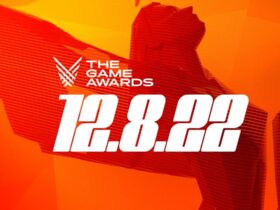 The Game Awards: Start Times, How to Watch, Nominees, Everything You Need to Know

Geno Smith, for most of his career, had been synonymous with the NFL’s most piercing curse word: bust. Heading into this season, even as he had quietly shown maturation on the field, no one bought into the Seattle Seahawks as a competitive franchise. There were several reasons – sloppy game management and unknowns at corner, among them – but mostly it was rooted in few outside Seattle viewing Smith as a legitimate NFL quarterback.

He continued to prove the doubters wrong on Sunday, leading the Seahawks to a 48-45 shootout win over Detroit on the road. Smith was electric. He annihilated the Lions’ poor defense, throwing dimes to DK Metcalf, Tyler Lockett, and Will Dissly. All told, Smith was 23-of-30 for 320 passing yards and two touchdowns. He also added 49 rushing yards and a score on the ground. Smith achieved back-to-back 300-yard passing games for the first time in his NFL career, a testament to Pete Carroll’s growing faith in his quarterback’s abilities.

Smith isn’t supposed to be here, still playing and winning games as a starter. His NFL career began with a thud: a star at West Virginia and once a potential top-10 pick in the 2013 draft, Smith fell to the New YorkJets in the second round at No 39 overall. Smith said all the right things about it not mattering whether he was the first pick or the 39th, that he was going into a good situation. He was not.

The Jets were at the tail end of Rex Ryan’s reign, short on offensive skill players and protection. Smith’s first two seasons produced 34 interceptions and just 25 touchdowns, and New Yorkers, not known for their patience, gave up on him. Whether it was a problem with the culture or the scheme (Smith ran the spread in college), he looked a long way from the next Joe Namath.

He may have had a chance for a fresh start when Todd Bowles entered the building in 2015, but then came the punch. A teammate, IK Enemkpali, walked up to Smith in the locker room and socked him in the face because of a dispute over a plane ticket, fracturing the quarterback’s jaw. Smith’s teammates weren’t exactly lining up to show their support, and Ryan Fitzpatrick became the regular starter. Then Smith tore his ACL and his Jets career was effectively over.

Somehow, even though he was the one who was punched rather than the other way around, Smith was labelled as a problem. Usually, quarterbacks who start out with such turmoil are left for dead – especially young Black ones in the mid-2010s. But Smith got healthy and bounced around the league, getting spot chances here and there before becoming Russell Wilson’s backup in 2019.

He did well when he needed to step up, but the Seahawks were Wilson’s team … until they weren’t. Smith survived a battle with Drew Lock – and rumors of a trade for Jimmy Garoppolo – and, for the first time in eight years, he was a Week 1 starter.

Smith’s resurrection from quarterback purgatory is a feel-good story in and of itself. But he is not just a placeholder while the team rebuilds. His decision making has been mostly phenomenal, as we saw in Sunday’s win over Detroit and the upset over Wilson’s Broncos in Week 1. It’s a much more mature brand of quarterbacking.

Smith now leads a stable franchise, knows the playbook, has better protection than Wilson ever had (thanks to the Seahawks turning the first-round pick from the Wilson trade into starting LT Charles Cross), and can rely on elite receivers.

We’re only four weeks into the season and anything can happen. But in a weak NFC, why not Geno and the Seahawks?

MVP of the week

Saquon Barkley, running back, New York Giants. In case there was any doubt, SAQUON IS BACK. A now healthy Barkley continued his commanding comeback, this time powering the Giants to a quirky 20-12 win over the Chicago Bears. Barkley put up 146 yards on the ground, and leads the NFL in rushing.

And in the fourth quarter with Daniel Jones out with an ankle injury and Tyrod Taylor suffering a helmet-to-helmet hit, Barkley grabbed his cape and assumed the quarterback role (OK, the wildcat quarterback role). Still, with Barkley taking direct snaps, the Giants held on to a narrow lead and now sit at 3-1 in a surprisingly competitive NFC East.

Video of the week

I have no words for this either. Lamar Jackson continues to make magic in ways we haven’t seen since Michael Vick.

Jackson was on the losing side of this week’s quarterback battle royale against Josh Allen and the Buffalo Bills, falling 23-20. The Ravens will need to figure out how they lost a 20-3 lead. It got worse: tied at 20-20 with just over four minutes remaining and very little second-half Ravens offense, John Harbaugh chose to go for it on fourth and goal instead of opting for a field-goal and an almost certain three-point lead. Jackson instead threw a pick which helped set up Buffalo’s game-winning field goal.

Stat of the week

Four. Did Trevor Lawrence know there would be a torrential downpour in Philadelphia? Has he ever played in the rain? These are the questions we’re left asking after Lawrence turned over the ball five times, including the four lost fumbles in Jacksonville’s 29-21 loss to Philadelphia. That makes Lawrence the first player in this century to fumble four times in a game.

The Jaguars took a 14-0 lead and looked like they might unseat the last remaining undefeated team. But the Eagles defense followed last week’s nine-sack performance with another gem.

Quote of the week

“This is a game we had to win, for sure. We can’t be 2-2 losing to a third string quarterback” – Aaron Rodgers.

What an exhilarating watch. Zappe. Rodgers. Overtime. The rookie entered the game when backup Brian Hoyer left with a head injury. The Patriots ran a run-heavy offense with Zappe but he did have a controversial 25-yard touchdown throw to DeVante Parker. After a lackluster first half, Rodgers came alive in the second and led the Green Bay Packers to a game-winning field goal deep in overtime. Because of course he did.

Elsewhere around the league

The Tom Brady-Patrick Mahomes series now stands at 3-3 after the Kansas City Chiefs beat the Tampa Bay Buccaneers 41-31 on Sunday Night Football. Brady put in his best performance of the season, finishing with three touchdowns and no interceptions for 385 yards passing. But he had no rushing game to support him as the Bucs managed just three yards off six carries on the ground. Mahomes was typically superb, pulling off some jaw-dropping throws, including the ridiculous effort below.

Social media’s calls to bench Mitchell Trubisky for Kenny Pickett came to fruition. Trubisky, who displayed next to no feel for the pocket in three-and-a-half games this season, was replaced by the rookie. Pickett’s first pass in the NFL was an interception (just like Peyton Manning’s) and he would throw two more picks that cost the Steelers in a 24-20 loss to the New York Jets. But he did offer more options than Trubisky, and had two rushing touchdowns.

Baker Mayfield’s career reinvention in Carolina continues to underwhelm. The Panthers, of course, are a pretty poor team and the Arizona Cardinals defense harried him all day but Mayfield’s struggles are not only down to others. Panthers fans booed the former No 1 overall pick during the 26-16 loss to the Cardinals as he overthrew receivers, had passes batted down and gave away three turnovers. Anyone for a bit of Sam Darnold?

The Las Vegas Raiders are no longer winless! They beat the Denver Broncos 32-23 thanks to a big rushing day, recording 212 yards on the ground. Russell Wilson had a solid game but Denver too often failed to capitalize on good field position.

The Cowboys have a history of excellent quarterbacks. But it is Cooper Rush who has topped them all in one category, becoming the first Cowboys quarterback to win his first four starts. Rush once again provided a steady, though not flashy, presence throwing for 223 yards and two touchdowns, completing 15-of-27 attempts. But it was the Dallas defense that cemented a commanding 25-10 win over Washington. DeMarcus Lawrence had seven quarterback pressures, continuing his bid for Defensive Player of the Year.

The dominoes continue to fall following Tua Tagovailoa’s concussion Thursday night, four days after he reentered a game against the Bills despite looking shaken after being driven into the ground. The NFLPA fired the unaffiliated neurotrauma consultant who cleared Tagovailoa last Sunday, though the NFL and NFLPA released a joint statement that they have not yet reached any conclusions about medical errors or protocol violations. The league and union also agreed to update their concussion protocol. Moving forward, any player exhibiting gross motor instability will be automatically ruled out of a game.

JJ Watt dropped some eerily timed medical news of his own.

We’re thankful he’s healthy, first and foremost. But it seems a little surprising he was cleared to play on Sunday.