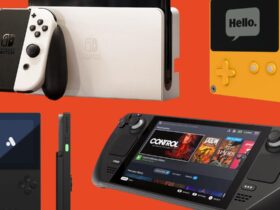 How financial investors, law firms and arbitrators are profiting from the investment arbitration boom in Spain

In the last 10 years, Spain has been subject to more investment arbitration lawsuits than any other country. It has received a total of 51 claims, of which 27 have already been resolved, 21 of them in favor of the investor.1 This means that in eight out of ten claims the investors won. According to the Spanish government, the total amount claimed by foreign investors amounts to almost €8 billion. So far, Spain has been ordered to pay more than €1.2 billion in compensation for the cases it has lost, which is equal to the country’s entire spending commitment to fight the climate crisis – or five times what it spent to alleviate energy poverty in 2021. As the cases continue, more and more money from the State coffers will be at stake; not only to pay investors the amounts resulting from the awards, but the lawyers’ and experts’ fees, the administration costs of the arbitration center and the arbitrators’ fees.

All the lawsuits have been brought under the Energy Charter Treaty (ECT), an international trade and investment agreement with more than 53 member states in Europe and Asia. A wide range of stakeholders consider the ECT outdated (including the European Commission and EU member states), for two main reasons. First, its vaguely worded investment protection standards and the highly controversial investor-state dispute settlement (ISDS) mechanism that enforces them allow private investors to challenge public policy measures in the energy sector. Secondly, there is widespread agreement that the ECT is not in line with the objectives of the Paris Agreement on Climate Change or the Sustainable Development Goals.

The ECT provides strong protections for foreign investments in the energy sector, including oil, gas, and coal, against government interference that reduces an investor’s profits. Spain is noteworthy because all the lawsuits involved are initiated by foreign investors in the renewable energy sector. Generous incentives approved by the Spanish government in 2007 attracted many foreign and domestic investors. The incentives were revised downwards in the following years. These changes in policy were contested by foreign investors under the ECT. But a close examination of the cases against Spain shows that the ECT is benefiting only transnational investors and specialized law firms at the expense of Spain’s solar dream.

1.
The ECT cases against Spain have been used to pay investment awards, lawyers and arbitrators, diverting significant public resources away from environmentally and socially important areas. To date, Spain has been ordered to pay more than €1.2 billion in compensation to foreign investors and €101 million for lawyers and arbitration tribunals. In ongoing cases investors are demanding a further €3 billion, which will in any case incur corresponding procedural costs.

2.
The ECT claims create a discriminatory system. Only large foreign investors or Spanish investors with foreign subsidiaries or mailbox companies have recourse to international arbitration. They can pocket hypothetical future profits, while smaller, domestic investors cannot. This discriminatory treatment shifts money and power towards big corporations and transnational investment funds at the expense of businesses in Spain including SMEs and energy cooperatives who are important agents for a just energy transition and account for 75% of investment in renewable energy.

3.
The ECT overwhelmingly benefits financial and speculative investors. At the time of writing, 89% of the beneficiaries of ECT claims are not renewable energy companies but financial corporations and investment funds that have little or nothing to do with sustainable energy transition. Many invested in the Spanish renewables sector because of above-market returns, buying up existing installations instead of expanding renewable energy production, while pouring money into fossil fuel projects elsewhere at the same time. Half of the companies suing Spain also have investments in the coal, oil, gas, and nuclear energy sectors.

4.
Spain has become an attractive business niche for specialized law firms. The high rate of success of the investor in arbitration cases has made the ECT the favorite treaty to initiate ISDS cases. Specialized Law firms have an active role in advertising the use of investment treaty litigation among their corporate clients. Only six law firms have represented most cases against Spain.