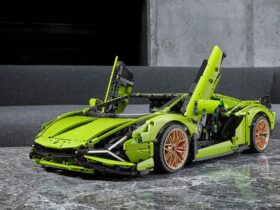 Talent spotting in football can be a brutal and precarious business. There are so many pitfalls on the way and a player who is outstanding at 16 may not make it for a variety of reasons: loss of form and/or confidence, injuries and a host of personal reasons.

Every now and then, however, a player comes through who is so good that he or she seems destined to make it to the top. Erling Haaland – or Erling Braut Håland as he was known back then – is one of them. Of course, a serious injury could have derailed his career but he was one of those kids who stand out from an early age.

Haaland was part of our Next Generation worldwide pick in 2017 and, as we look at how the players have got on in the past five years, he is the outstanding name on the list. Some would say he is the best player in the world (although that is a different discussion).

In an excellent piece for The Coaches’ Voices, Alf Ingve Berntsen, Haaland’s first coach at Bryne in Norway, pointed out that the environment the player grows up in also plays a part: “Having a safe and good environment, having Inge as a father, and being surrounded by his childhood friends has helped him a lot. Besides the influence of his father it was very important for him to grow up in a town like Bryne, a place where he didn’t have all the media attention that surrounds young footballers today.

“If he had grown up in a big city – like Madrid, Paris or London – he would still have become a good player, because Erling always wanted to have fun and loved to train. But maybe in Bryne it is easier than in other cities to let young players grow up without pressure and enjoy football without taking it too seriously.”

Hilariously, Berntsen says that Haaland was considered “too small and skinny” even at 15 and 16. It just shows that different players develop at different ages.

But not even Michael Yokhin, who picked Haaland for our Next Generation 2017, or Berntsen, could have predicted quite how good the Norwegian would become. The stats, as we all know, are staggering. At Molde he scored 20 goals in 50 games, at Red Bull Salzburg 29 in 27, at Dortmund 86 in 89 and he has started his Manchester City career with 14 in 10 games.

But Haaland is far from the only player out of the 60 to have done well. Other players on the list are Alphonso Davies, Vinícius Júnior, Ferrán Torres, Jadon Sancho and Pedro Neto.

In fact, 22 of the players have gone on to play for their country’s senior men’s team (it was 18 when we summarised the class of 2016 last year).

This list had some outstanding players too, no more so than on Merseyside, Andy Hunter picked Anthony Gordon for Everton and Curtis Jones for Liverpool. Both have played more than 40 Premier League games for their clubs. Gordon stands at 56 and was the subject of several bids from Chelsea in the summer. This is what Andy wrote in 2017 about Gordon:

Everton’s under-18s endured a painful night in the first ‘mini-derby’ of the season recently – losing 3-1 to Steven Gerrard’s Liverpool at Kirkby, where Curtis Jones scored twice – but not before Gordon gave another demonstration of his potential. The attacking midfielder is developing a reputation for his ability to beat an opponent and clinical finishing, and both attributes were in evidence as he put Everton ahead against their local rivals. The 16-year-old was one of 12 academy graduates taken on full-time by Everton this summer.

Neither Gordon nor Jones tops the list for the most top-flight appearances made by the 20 players. That accolade goes to Ivan Ilic, who was at Manchester City at the time but has gone on to play 17 top-flight games in Serbia on loan at FK Zemun and 68 Serie A games for Hellas Verona – and he is still only 21.

Other notable players on the Premier League list were Callum Hudson-Odoi, who is spending this season on loan at Bayer Leverkusen, and Nathan Collins, who signed for Wolves this summer for £20.5m, a record fee for an Irish player.

Not everyone has stayed in England, several players following in Ilic’s footsteps and moving abroad, some to their home countries, such as Arnau Puigmal, who left Manchester United for Almería in 2021 and is playing in La Liga football for them.

As always, there will be players who drop down the divisions or stop playing. Two players are in the seventh tier and one appears to be no longer in the game.

What is a successful career? That is probably up to each individual to decide. One thing is for sure, however: there is no point in comparing anyone with Erling Haaland because that is only going to end badly. “He is a freak,” his international teammate Joshua King once said. “I have never seen anyone eat as much as he does. He eats like a bear.”