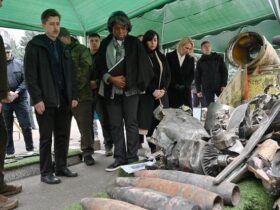 Citing recent security studies from Deloitte and others, ExpressVPN said Aircove’s launch aims to close the privacy gap in homes where unencrypted data — and the average number of internet-connected devices — is on the rise.

“The average US home now has 25 devices connected to the home Wi-Fi network. From laptops and tablets, to smart watches and TVs, things add up quickly and it becomes more difficult to keep track and know that every device is protected,” ExpressVPN Vice President Harold Li said in a company release.

Aircove’s coverage range is up to 1,600 square feet, and its onboard VPN allows for unlimited simultaneous connections. The device permits speeds up 600 Mbps for 2.4GHz bands and 1,200 Mbps for 5GHz. Offering a quad-core 64-bit processor and weighing less than a pound, Aircove receives automatic security updates, comes with a one-year warranty, and is available at a currently discounted price of $169 at Amazon with a 30-day return policy. The actual ExpressVPN service subscription is, however, sold separately.

A full audit of the device conducted by Cure53 can be found on the firm’s public site. According to the ExpressVPN’s website, ExpressVPN users are still able to manually install and configure ExpressVPN on some third-party routers as before, albeit at the risk of invalidating the manufacturer warranty.