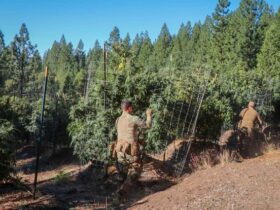 Enola Holmes is ready to be a respected detective. Too bad her brother Sherlock sucks up all the oxygen in the room.

In the trailer for Enola Holmes 2, released Saturday at Netflix’s Tudum global fan event, the teenage detective played by Millie Bobby Brown is trying to engage clients, who seem a little skeptical about hiring a young girl. Meanwhile, the agency run by her brother (Henry Cavill) seems to be doing just fine. She gets her chance at a case, though, when a girl comes asking for help to find her missing sister. The trailer showcases plenty of chases, general shenanigans and fourth-wall breaking as Enola sets out to solve the mystery. There might even be an opportunity for the siblings to team up.

Enola Holmes 2 is the follow-up to the 2020 movie in which she went searching for her missing mother, played by Helena Bonham Carter. The story of the teen sleuth is based on a set of young adult books by Nancy Springer. In Arthur Conan Doyle’s original Sherlock Holmes tales, the legendary detective only has a brother named Mycroft.