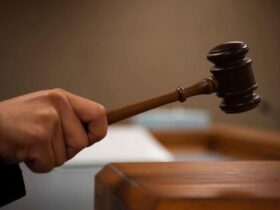 Hang on – the last ODI England played at Lord’s was actually the World Cup final? My brain hadn’t computed that fact. So the World Champions didn’t play at HQ again for five years? Outrageous! For now, a lovely film to remind you of that fantastic day.

One change for England – Freya Davies in for Lauren Bell – while India play the same side that beat England in the last game – thanks to Harmanpreet’s audacious hundred..

Some other stats: this is Tammy Beaumont’s 100th ODI and Lisa Keightley’s adieu – her last game as England coach.

As for Goswami, she was spotted plodding round the outfield early this morning for a brink-of-middle-age run, and was wearing sunglasses at the toss, perhaps to shield her eyes. Asked for the most memorable moment of her career, she picks the 2017 World Cup where India made it that famous final against England. “When our team came back from that, there was something different and women’s cricket in India took off.”

Amy Jones takes a look at the dewy surface and sends her bowlers in.

It’s not just at Lord’s where women’s sport is having a good day – they’re expecting a record WSL crowd at the Emirates, for the game against local rivals Spurs.

Hello! Autumn has fallen like a misty veil this morning, but at Lord’s they’re gearing up for the third ODI – the final match of a series which has already been decided in India’s favour. This is England women’s first time at Lord’s for five years – far too long between drinks.

Tammy Beaumont and Danni Wyatt are the only England players to have previously played an international at Lord’s, and Amy Jones leads a buoyant but young side -shorn of Nat Sciver and Heather Knight – who will have to work hard not be overawed by the occassion

For India, the series in the pocket, today is about Jhulan Goswami – the legendary fast bowler who makes her final international appearance . Her big beaming smile, and long limbs, have been running in for 19 years and at 39 she has the second longest international career after New Zealand’s Vera Burt. But there is more. As Tammy Beaumont says: “It’s not just what she does on the pitch, she’s an absolutely lovely human.”