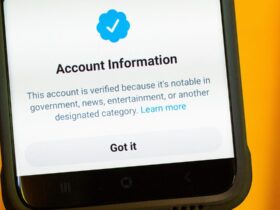 Eliud Kipchoge skirted a fine line between recklessness and genius as he smashed his own marathon world record by 30 seconds with yet another extraordinary display in Berlin.

The double Olympic champion looked as serene as it is possible to be after 26.2 miles of hard toil, crossing the line in 2 hrs 1 min and 9 secs to surpass his previous best set four years ago. For good measure, the 37-year-old Kenyan also beat the second-placed Mark Korir by nearly five minutes.

Yet at one stage Kipchoge, who wore a bib that said “Impossible is Nothing”, appeared set to go even faster as he blasted through the first 10km of the race in just 28 min 23 sec – a time that would have placed him 18th out of 25 athletes in the men’s Olympic 10,000m final in Tokyo – before powering through halfway in 59.51.

No one has ever gone through 13.1 miles that speedily in a marathon, and the fear among some onlookers was that by trying to run an official sub-two marathon Kipchoge risked blowing up. Yet while he slowed slightly once his pacemakers dropped out, it was only in the latter stages of the race that the searing early pace told.

With four miles remaining he was still over a minute ahead of his previous world record, but that was reduced to 30 seconds as he passed the Brandenburg Gate and crossed the line. Even so, it was still an astonishing performance from an astonishing athlete.

Afterwards an elated Kipchoge said: “No limitations, after 38k I knew I would be capable of breaking the world record. Circumstances were great, and so was the organisation of the event. Asked whether he would attempt a sub-two hour run in Berlin next year, Kipchoge replied: “Let us plan for another day. I will celebrate this record and have to realise what happens. Just roll and see what happens.”

Not only has Kipchoge now won 15 of the 17 official marathons he has run, he is also one of three men to defend an Olympic marathon title, alongside the bare-footed Ethiopian Abebe Bikila in 1960 and 1964 and the East German Waldemar Cierpinski in 1976 and 1980.

Before that he was also a 5,000m world champion in 2003, and won Olympic bronze and silver over 5,000m in 2004 and 2008 respectively. In any discussion about who is the greatest distance athlete of all time, Kipchoge must be in the conversation. Many would argue that he should lead it.

Kipchoge has also, of course, a sub-two hour marathon in Vienna in 2019 on his resume. However that time of 1:59.40 did not count as an official record as he was helped by a phalanx of pacers who subbed in and out as well as other modifications not allowed under World Athletics rules.

Meanwhile the women’s race was won by Ethiopia’s Tigist Assefa in 2:15:37, the third fastest time in history behind only Brigid Kosgei and Paula Radcliffe.

What made the 28-year-old’s performance more impressive was that she had only run one marathon before, in 2:34, although she has run a half marathon in a respectable 67:28.