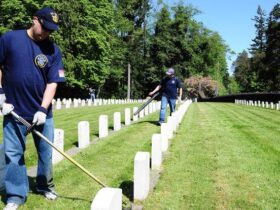 Sheffield Wednesday defeated Wycombe 3-1 to close to within a point of League One’s top two. Neither Ipswich nor Portsmouth were in action and Wednesday ensured they took full advantage to spoil Gareth Ainsworth’s 10-year anniversary in charge of the Chairboys.

The visitors had a nightmare start as Joe Jacobson put into his own net in the first minute. Sam Vokes quickly equalised, but Barry Bannan tapped in Wednesday’s second in the 32nd minute and Callum Patterson added a late third.

Barnsley climbed to fifth with a 3-1 victory over Charlton. Josh Benson netted the opener in the 10th minute and James Norwood and Devante Cole scored in the second half before Jack Payne managed a late consolation.

Jonson Clarke-Harris scored a first-half double as Peterborough eased to a 3-0 win over Port Vale while Ryan Bowman netted the winner as Shrewsbury overcame bottom side Burton 2-1.

Harvey Knibbs grabbed a late winner for Cambridge as they came from behind to beat Morecambe 2-1 while Jevani Brown’s hat-trick helped Exeter City cruise to a 4-0 win over Forest Green Rovers. Joe Pritchard’s 54th-minute effort earned Accrington a 1-0 win at Bristol Rovers.

Paul Smyth and Idris El Mizouni struck to extend Leyton Orient’s unbeaten start to the season in League Two with a 2-0 win at Barrow, who had Theo Archibald sent off late on. The win ensured Orient remained five points clear of Northampton, who came from a goal down to beat Stockport 2-1 thanks to a first league goal fro Harvey Lintott.

Dan Sweeney’s last-gasp header sealed a 1-0 win for Stevenage over Harrogate and lifted them into third place while Salford took advantage of Donovan Wilson’s dismissal by scoring twice in the last 11 minutes to inflict Sutton’s first home league defeat of the season with a 2-1 victory.

Mansfield staged a dramatic comeback with a 2-1 victory at Crewe. Courtney Baker-Richardson gave Crewe the lead midway through the second half but Will Swan struck an 87th-minute equaliser before Ollie Hawkins headed the winner deep into stoppage time.

George Miller scored twice as Doncaster ended a run of three successive league defeats with a 4-1 triumph over struggling Crawley while ten-man Swindon extended their unbeaten run to nine matches with a hard-fought 2-1 win over Grimsby.

Tranmere substitute Elliott Nevitt scored a dramatic winner with virtually the last touch of the game to sink Walsall 1-0. Vadaine Oliver rescued a point for Bradford with a stoppage-time equaliser in a 2-2 draw with AFC Wimbledon.