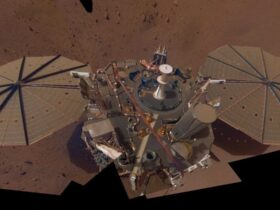 Logitech showed off its Astro A30 wireless headset Thursday in a video, but it was what’s in the background that caught people’s attention.

A white Xbox Series X appears briefly in the promotional video, and it’s unclear whether this is a new Xbox Series X color coming or if this was a console painted in order to match the other hardware shown in the shot.

Microsoft and Logitech didn’t immediately respond to a request for comment.

Microsoft released Xbox Series X in November 2020 and has largely stayed with the same black color. There have been several special editions of the console coming in different colors and designs such as the Halo Infinite edition, SpongeBob Square Pants and Leonardo from Teenage Mutant Ninja Turtles.