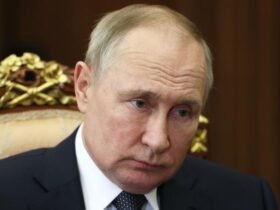 The nature of cruelty for Scotland supporters demonstrated how far their team has progressed. With a point needed from this game to seal promotion from Nations League B, to pass England and to leap into pot two for the upcoming Euro 2024 draw, Steve Clarke’s makeshift team scrapped in a manner which deserves the highest of praise.

Not so long ago the Tartan Army were continually watching international football’s equivalent of a lost cause. In Clarke the Scottish FA have landed upon a coach who has raised standards and aspirations.

Yes, Scotland rode their luck and yes, Ukraine will claim with plenty of justification that they merited a win but fortune favoured the brave. These are heady times for Scottish fans; which they will appreciate when shattered nerves have settled. Even Clarke, normally so stoical, was immersed in the post-match celebrations.

“It was a big night, we wanted to win this section,” said Clarke. “These players are desperate to do well for their country. I asked the players to make the next step, to show that we are improving. We don’t want to stop. We want to keep on getting better.”

Oleksandr Petrakov, the Ukraine coach, refused to address his future after the game with his contract now on the verge of expiry. Petrakov was agitated throughout post-match media duties. That felt a pity.

The third meeting of Ukraine and Scotland since June had a different backdrop from what had come before. Gone was the vociferous home backing that Scotland had enjoyed in successive games at Hampden Park. An estimated 150,000 Ukrainian refugees are based in Krakow; they turned out in great voice and colour to support a team who have done their country proud since Russia’s invasion. Fans of both nations mingled and socialised in the city on Tuesday afternoon, thereby demonstrating everything that can be good about football in times of trouble. Oleksandr Usyk was pictured in the stands here.

Scotland’s buildup had been affected by injury, suspension and a virus. With precious few alternatives the manager handed Hibernian’s Ryan Porteous a debut at centre-back. Ryan Jack and Kenny McLean, recently peripheral on the Scotland scene, joined Callum McGregor in a three-man midfield.

The Scots opened positively. Only a superb Andriy Lunin save prevented them from taking the lead inside two minutes, John McGinn having found Che Adams with a cute lay-off.

Ukraine responded through Mykhalio Mudryk, whose cross found the unmarked Andriy Yarmolenko. The ex-West Ham man blazed a volley wildly over Craig Gordon’s crossbar. Game on. Artem Dovbyk was next to threaten Gordon. The goalkeeper stood firm and even held the striker’s shot following a defence-splitting pass by Yarmolenko.

Scotland briefly believed they would be afforded the ideal opportunity to take a precious lead. Tasos Sidiropoulos, the Greek referee, pointed to the spot thinking Taras Stepanenko had handled when blocking a cross. In truth, the ball hit Stepanenko on the head. VAR’s intervention was correct.

Jack, not known for his prowess in front of goal, scooped over after Ukraine failed to clear a corner. Stepanenko headed wide from six yards. The opening half was played at wonderful, vertiginous pace. Scotland cared little about artistic merit; they reached the interval halfway towards the evening’s objective. Ukraine had been the better side but lacked ruthlessness.

A Scottish success during the first period involved keeping Mudryk, one of the finest emerging talents in world football, relatively quiet. The Shakhtar Donestk man delivered a reminder of his menace within three minutes of the restart.

Acrobatics from Gordon, high and to his left, kept the scoreline blank. Mudryk’s battle with Aaron Hickey was a key and fascinating element of this game. It remains possible that the pair will be teammates at Brentford before too long.

Scotland created nothing meaningful at all straight after the break. Could Clarke’s team really deny Ukraine even a single goal during back-to-back fixtures?

Porteous, who enjoyed an outstanding debut, made a last-gap tackle to deny Illia Zabarnyi. From the second of two subsequent corners Stepanenko again fluffed his lines. The longest of evenings for Scotland duly closed with scenes of euphoria. A team has been rebooted.