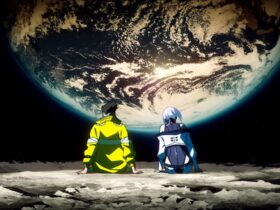 Why You Need to Watch This Mindblowing Show on Netflix

Dall-E, a service that uses AI to turn text prompts into visual art, is now open to all comers. On Wednesday the company behind it, OpenAI, accepted everybody on the Dall-E waiting list.

Already the service was in widespread use, with 1.5 million people making more than 2 million images a day, OpenAI said in a blog post. Now others who requested access should have it granted, and anyone can sign up.

Dall-E, though, brings some creative flair to the idea. Text prompts like “a painting of hipster dogs playing poker, in the style of Tomma Abts” can produce entertaining and sometimes intriguing results. It’s a powerful illustration of the growing capability and utility of AI.

Though opening broader access should increase use of Dall-E, people have had alternatives, like Stable Diffusion and Midjourney.

Dall-E also could be spreading to other apps and services. OpenAI has begun working on a programming interface that could let businesses incorporate its results, it said Wednesday. That’s already happening elsewhere, for example with a Stable Diffusion plugin for Adobe’s Photoshop image-editing software.

Tech giants are investing deeply in AI technology. Later this week, Tesla plans to hold an AI Day event where it’s expected to detail its Optimus humanoid robot and FSD technology it hopes will lead to self-driving cars.

OpenAI, which says its mission is “to ensure that artificial general intelligence benefits all of humanity,” emphasizes controls designed to prevent people from abusing Dall-E’s capabilities. That means no sexual or violent content or attempts to create images of public figures. OpenAI has a whole system to help moderators detect problems automatically.

Not all tools have those kinds of limits. That’s raised hackles in some quarters. US Rep. Anna Eshoo, a Democrat representing much of Silicon Valley, called for controls on generative AI art tools after Stable Diffusion was used “to create photos of violently beaten Asian women and pornography depicting real people,” she said in a Sept. 22 letter.

Another illustration of the difficulty came when a Colorado man won a digital art contest with an AI work from Midjourney. Getty Images, a business that licenses imagery, banned AI-generated creations in September.