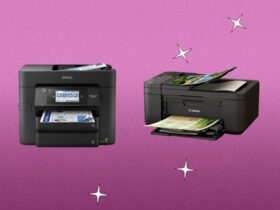 Kent will fight another year in Division One after collecting all eight bonus points available at Canterbury. They bowled out Somerset for 202 before powering to 405 for seven, with an opening stand of 176 between Zak Crawley and Tawanda Muyeye and a half-century from Ollie Robinson in his final game before he moves to Durham.

Kent’s position was confirmed when Warwickshire declared against Hampshire at Edgbaston. At the lunch interval on what Kent had declared “Stevo day” the retiring Darren Stevens did a lap of honour shaking hands with the crowd, and Kent announced they had retired the No 3 shirt in his honour.

Kent’s survival means a shootout between Warwickshire and Yorkshire to join Gloucestershire in Division Two. Just 32 overs were possible at Edgbaston, on a day when the players played push me‑pull me with the weather, but Rob Yates did grab a hundred in what has been a frustrating year.

Yorkshire stumbled badly at Headingley, first being bowled out for 183, as Zafar Gohar took five for 40; then allowing Gloucestershire to build a lead of 211.

In the Division Two promotion games, Nottinghamshire are almost assured Division One status after scoring 662 for five declared against Durham, with centuries for Lyndon James and Steven Mullaney. Middlesex were thwarted by the weather in their match against Worcestershire at New Road, but there was time for Pieter Malan to hit a half‑century. Centuries for Shubman Gill and Chris Cooke put Glamorgan in a powerful position against Sussex at 533 for nine declared.

The England and Wales Cricket Board confirmed that Essex would not be docked any points for an unfit pitch following their match against Lancashire at Chelmsford last week. The match ended in just over four sessions, with 26 wickets falling on the first day. The match referee Wayne Noon adjudged it “poor”; the ECB then had to judgewhether there should be a points deduction based on whether – with the information available – Essex had actively sought to prepared the best quality pitch they could

Lancashire’s director of cricket, Glenn Chapple, had called the pitch “completely ridiculous” after Lancashire at one point found themselves six for seven in their second innings just before stumps on day one.

Good morning! A very late change of plan means I’m whizzing to Leeds, just in case Yorkshire implode. Trans-pennine express can’t work magic so I’m going to miss the opening overs – fingers crossed for the train wifi. The good news is that a very cold morning has given way to sunshine that feels warm, at least through the window. To recap from last night: Kent are safe, Notts are up bar dotting the Is, which leaves Warwicks and Yorks avoiding the drop; Glamorgan and Kent fighting over the promotion cake. Play starts at 10.30am – set the alarm, we’ve only two days to go.