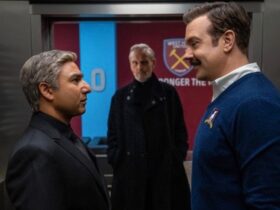 It was when the player profiles appeared on the big screens at the Oval that I felt sure it was Hampshire’s job to keep the title race open and not Yorkshire’s. The likes of Finlay Bean and George Hill may have talent, but they looked very callow compared to Surrey’s big beasts, such as Jamie Overton, Kemar Roach and Dan Worrall. Factor in Tom Kohler-Cadmore’s propensity to squander his talent and Will Fraine, in at No 5 but with just the one half-century this season, and it never looked likely that the visitors would score enough runs – and they didn’t.

In some ways the match was a microcosm of Surrey’s season. Five seamers each took at least three wickets and a part-time spinner chipped in with a couple. Ollie Pope made a brilliant century and enough batters played around him to post 333, which proved enough to yield the opportunity to enforce the follow-on, which Rory Burns, one eye on Friday’s forecast, did.

Burns was one of just three ever-presents (with one match to come) alongside fellow opener Ryan Patel and the veteran Hashim Amla, forming a stable top three. But a remarkable 12 batters average 40 or more and six bowlers average 30 or less. In all, 22 players have played under Burns’ captaincy in the Championship and pretty much every one of them has made a genuine contribution. That is a remarkable feat of leadership with much credit also going to coach Gareth Batty in his first season. It’s one thing to be blessed with resources, but quite another to get so much out of them.

Hampshire ran into Kent with the club revelling in the backwash of their Royal London Cup victory and its players very much motivated to avoid the drop. On a mad first day, 23 wickets fell, Kent’s anaemic 165 all out made to look positively beefy by Hampshire’s dismal collapse to 57 all out, Matt Quinn (last seen on the receiving end of Essex’s 573) taking 6-23 as Hampshire’s seamers were, for once, out-bowled.

Hampshire would have fancied their chances with Kent 55-4 second time round, but Jack Leaning dug in with 112, a captain’s knock, and a target of 378 proved too many, despite James Vince’s men fighting all the way.

It will be cold comfort to reflect on their superior win record in comparison to the champions (nine v eight with one round of fixtures to go), but their three defeats sting. Next year, Hampshire will set off in pursuit of the pennant for a 50th season since last it caught in the Solent breeze – but maybe this was their best chance.

Records tumbled along with the stumps at Chelmsford as Lancashire, at one point a tennis-like seven for six, roared back to beat Essex on what might be described as a sporting track.

On day one, Sam Cook and Shane Snater did some damage with the new ball (as one might expect in mid-September) and then Simon Harmer did what he does, but the Toms (Hartley and Bailey) had biffed eight boundaries down the order and 131 felt disappointing rather than disastrous for the visitors.

Then Lancashire’s three seamers and two spinners got among the home side, Alastair Cook the only batter to last more than 35 minutes as five LBW shouts were upheld and two more were bowled.

Keaton Jennings and Luke Wells walked out together for the second time on the day probably thinking they would face about an hour’s batting or so before stumps and a reassessment in the morning. Thirty-five balls later, their team were six down.

Teenage wicketkeeper-batter George Bell must have wondered how he got this game for his debut, but he steadied the ship and Hartley and Bailey were effective again down the order. That said, the home side only needed 98.

At 28 for one, it was all “Crisis? What crisis?” for the Chelmsford faithful, but George Balderson bagged a grandchildren-bothering story of how he got Alastair Cook and Dan Lawrence before splattering the stumps of Matt Critchley for his hat-trick and the wickets were barely tethered to the earth again, as Essex were all out 59, five of the last six clean bowled. Balderson must have been very surprised and disappointed to miss out on playing in the Royal London Cup final, but 5-14 defending 98 successfully isn’t a bad pick-me-up.

Ball four: Bears not out of the woods going into last round

Last year’s champions, Warwickshire, knew they needed points from their last two matches to scramble away from the relegation slots. Gloucestershire last week, already down, looked the likelier bet than high-flying Hampshire this week, but chickens are always best left uncounted in this game – and so it proved.

After Surrey-bound Dom Sibley had carried his bat for 120, and spinners Jayant Yadav and Danny Briggs had taken eight wickets, it was pretty much a one-innings match. Cue Tom Price, whose season-leading 8-27 had the visitors 36 for five at one point and left Gloucestershire with 148 required for the win – tricky.

A target like that usually requires two batters to play well and, no surprise here, it was opener Chris Dent and captain Graeme van Buuren who delivered, scoring 113 runs between them, Tom Price at the non-striker’s end as Gloucestershire squeaked home by three wickets.

If Warwickshire are to play Division One cricket next season, they will need to win at Edgbaston and hope results elsewhere to go their way – quite a contrast from the celebrations of a year ago. It’s almost as if excellence is spread through at least 12 counties if such tumbles can happen.

Ball five: Sun setting on a disappointing season for Somerset

Somerset got their act together in an inconsistent season to hammer Northamptonshire by 352 runs. Skipper Tom Abell led from the front with twin centuries and Tom Lammonby’s 111 marked a welcome return to form, his first score above 46 in two months.

Twenty wickets are the other requirement for the win and Craig Overton spearheaded the attack as he has so often at Taunton with seven wickets in the match and a remarkably athletic run out off his own bowling. That spoke to the desperation the home side felt, standing on the trap door.

A haul of 22 points sees them join Northants in midtable safety, but, looking at the talent available, it’s a case of under-achievement on Somerset’s part and over-achievement from Northants. It will be a winter of reflection in the West Country with James Hildreth retired and another summer passed by without a title. Maybe 2023? Plenty will be hoping so.

It was a bad, bad week for Nottinghamshire in Division Two. So long a shoo-in for promotion, they are suddenly within reach of Middlesex and Glamorgan – though they should hang on to one of the two slots.

With the home side 99 for five at Worcester, Nottinghamshire’s satnavs were being programmed for the Oval and Old Trafford, but an innings defeat was the fate that awaited Steven Mullaney’s men after a century from Gareth Roderick and wickets for all five Worcestershire pacers, the Division Two not-quite champions-elect despatched by lunch on day three.

Disappointment veered towards distress as news came through that Glamorgan, thanks to David Lloyd’s 313 not out and an Ajaz Patel fiverfer were putting Derbyshire to the sword and Middlesex were outgunning poor old Leicestershire, old pros Toby Roland-Jones and Tim Murtagh bagging six wickets between them in both innings.

Nottinghamshire enjoy an 18-point lead over third-place Glamorgan, with Middlesex halfway between them. Notts, home to Durham this week, are still big favourites to go up but, with Glamorgan at Hove and Middlesex at Worcester, anything could happen. Time to bring the abacus down from the loft.