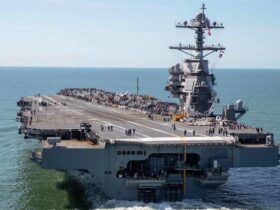 Northants? Losing four wickets in three overs is notable work. Coverton does for three, with the run-out and dismissing Young and Proctor. Cobb goes to Davey and suddenly its a bun-fight. 15-4, 447 behind.

If anyone knows of any players tweeting or speaking in favour of the Strauss review, please tell me. I know that twitter will be curating my feed in a certain way and I don’t want to give a biased view.

Big love for Brian the cat, but just making it quite clear that CCLive! prefers dogs. Emilio Gay has hit a typically chirpy four and Northants are 4-0 at Taunton.

Meanwhile Tom Haines and James Coles have had an adhesive morning against Durham. From 6-4 to 60-4 deserves some kind of tasty elevenses with their isotonic drink.

A wicket, at last, at Grace Road. Toby Roland-Jones collects his fourth of the innings, and his 63rd of the spring/summer/autumn. Leicestershire are half way out with only 35 on the board.

Northants to “chase” 462, or bat out two and a bit sessions. They’ll do it, I think. There was just time for Lewis Gregory to go caveman around Taunton, in his 29 not out.

I don’t want to make this too much of a Surrey love-in but this video is a tear-jerker. Those making decisions at the ECB should remember than in their relentless search to attract the young, they are forgetting people like Micky Stewart, for whom cricket is their lifeblood, as well as countless nameless people round the country who have spent their working lives supporting cricket and now want to spend their well-earned retirement having a chance to watch some. It provides companionship and meaning in a sometimes lonely world.

I didn’t realise Robinson had been on loan to Durham already for the T20. A dangerous game these loans!

On a three year deal. Does he know about the weather? As a southerner stranded in the north, I feel strongly that a proper report should be made.

And this is really quite cute:

“Once the energy drops your performance drops so you are trying to maintain the high performance, which is what the review was all about, so it is getting that balance right.

“If it was just high performance and you forgot the members and the finances then yeah go for it.

“But it is a little bit bigger than that. In my opinion we must respect the members who pay their membership money to come and watch and support. The finances that makes the game happen, does it all balance up nicely?”

The PCA view on the Strauss review: a holding position:

“The PCA and majority of professional players agree that the current schedule is unsustainable and requires reform.”

“The PCA and the players support the vision to make England the best team in the world across all formats.

“For this to happen, players need to be allowed space to grow and develop with appropriate rest and recovery to maximise performance and protect player welfare.”

“We will debate the merits of the findings of the review and more detail is needed” working to “achieve a positive outcome for the players and the game.”

New Road: Worcestershire 390 BEAT Nottinghamshire 128 and 183 by an innings and 79 runs

While Surrey did a lap of honour, beers in hand, at a sun-kissed Oval, Hampshire were left to rue what might have been save for a complete malfunction during the 16.5 overs which made up their first innings against Kent.

Second-innings seventies from Jameses Vince and Fuller took Hampshire to within dreaming distance, but Kent’s unheralded bowlers winkled them out with 77 to spare. “There is massive disappointment in the dressing room,” said Vince, with Hampshire’s dreams of their first Championship for 49 years in the bin. “It was always going to be hard work but we felt we had a chance of doing something special. I got out to probably the worst ball of the day.” Kent’s victory leaves them 14 points clear of the relegation zone.

A career-best eight for 23 by Tom Price handed Gloucestershire victory in the Division One relegation shoot-out, as Warwickshire were bowled out for 128. Gloucestershire’s chase of 148 was not without its nerves, with four batters chewing over their shots with just 30 on the board. But Chris Dent and Graeme van Buuren guided them close enough that a late wobble was not terminal.

Tom Abell carpet-bagged a six over extra-cover in the last over of the day to top off a dominant day for Somerset at Taunton. Abell strolled to his second century of the match, in companionship with an unbeaten 101 from Tom Lammonby, setting Northamptonshire an impregnable chase at Taunton. A win would guarantee Somerset first-division cricket next season, a draw lets them breathe easier.

Worcestershire duly handed out one of the most unexpected drubbings of the season after defeating Division Two leaders Nottinghamshire by an innings. Dillon Pennington made the breakthrough with the 10th ball of the day, and Notts slipped quietly away, giving Worcestershire a chance of promotion going into their final game against Middlesex. Notts remain favourites to go up.

Rain meant 14 only balls were possible at Leicestershire, bad light saved the hosts’ blushes after Middlesex’s Toby Roland-Jones had reduced them to 13 for four and Ajaz Patel grabbed his first five-fer for Glamorgan as Derbyshire were forced to follow-on.

Hello and welcome to the morning after the afternoon before. A quiet day today – just four games in play – but plenty to chew over, from Surrey’s magnificent win, to the Strauss review, its fallout, timing and Babar Azam and Mohammad Rizwan’s tic-tac-toe against England.

Only one Division One game left unfinished, at Taunton where Somerset can be safe from relegation if they win and nearly safe if they draw – we’ll find out how bold they are shortly. But beautifully played by Toms Abell and Lammonby.

In Division Two, Leicestershire look as if they’ll be on the receiving end of a shellacking, after doing so well to restrict Middlesex. A win will do Middlesex a huge favour in the promotion ding-dong. Sussex were saved by the rain yesterday, but the sun is due to sign on their disastrous few days at The Riverside. And Derbyshire have a fight on their hands to not lose seven wickets in the day against promotion-chasing Glamorgan.

Also, and I didn’t mention this yesterday, Northants are now officially safe from the drop.