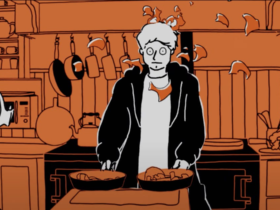 Ed Sheeran Teams Up With Pokemon for New Song ‘Celestial’

Autumn shook out her shawl over the first day of the final round of County Championship fixtures, rain and bad light chasing the players. Warwickshire have to win and hope the other results fall in their favour to avoid becoming the first champions since Middlesex in 2016‑17 to go straight down the next year. Dom Sibley and Rob Yates both made half‑centuries against a Hampshire attack shorn of Kyle Abbott as Warwickshire ended the first day on 138-2.

Nathan Gilchrist boosted Kent’s chances of survival with five wickets against Somerset, and will be on a hat-trick this morning after pricking the visitors’ revival. Lewis Goldsworthy, 93 not out, watched in dismay from the other end as Somerset fell to 195-9. Yorkshire, the other relegation candidates, were pepped up against Gloucestershire by the return of Matt Fisher, who grabbed four for 45 in his first game since April.

Lancashire’s Keaton Jennings reeled off yet another century, this time against the county champions Surrey, at a deceptively sun-dappled Old Trafford. It was his fifth hundred of a happy summer. There were two wickets for Surrey’s Dan Moriarty, in his first game of the season. Tom Westley’s 55 propped up a faltering Essex against Northamptonshire, while Derbyshire’s Sam Conners grabbed five wickets against Leicestershire.

Nottinghamshire, Division Two leaders and seeming certainties for promotion until they slipped up last week, had a good day against Durham. There were centuries for Haseeb Hameed, the fourth of his season, and Matthew Montgomery.

Middlesex, chasing Notts’ coat-tails, reduced Worcestershire to 167 for eight, while third-placed Glamorgan, in with a sniff of promotion, made the most of a rain-shortened day against Sussex, racing along at more than five an over. India’s Shubman Gill finished unbeaten on 91.

Hello!! A beautiful autumn morning in Manchester – hold on tight, these days will soon slip away. Only three days left of the 2022 Championship season as well – with things still very much up in the air. Weather elbowed into day one – but most games are well on their way. Lancashire compiling a ridiculous 414 thanks to Keaton Jennings; all the Division Two challengers on top – Middlesex, Glamorgan and Notts – while Kent and Warwicks also bang their drums. Only Yorkshire, of the relegation candidates, look in any bother – though they should be able to see off Gloucestershire’s attack at Headingley. Play starts at 10.30am.