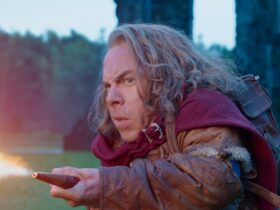 ‘Willow’ Release Schedule: When Will Episode 7 Hit Disney Plus?

Coolio, the Grammy-winning rapper best known for the 1995 single Gangsta’s Paradise, died Wednesday at the age of 59.

The rapper’s longtime manager, Jarel Posey, confirmed the news to several news outlets, including Rolling Stone and the Los Angeles Times. Coolio was found unresponsive on the bathroom floor at a friend’s house, Posey told TMZ, which first reported the news.

No cause of death has been announced, but cardiac arrest is suspected, Posey told TMZ.

Born Artis Leon Ivey Jr. on Aug. 1, 1963 in Monessen, Pennsylvania, Coolio later moved to Compton, California, where he joined the hip-hop group WC and the Maad Circle and contributed to their 1991 debut album Ain’t a Damn Thang Changed.

Coolio rose to prominence with the 1995 song Gangsta’s Paradise, which appeared in the movie, 1995 movie Dangerous Minds, starring Michelle Pfeiffer. The song hit No. 1 on the Billboard Hot 100 and was nominated in 1996 for record of the year and best rap solo performance at the Grammy Awards, with Coolio winning the latter. The song was so popular “Weird Al” Yankovic put together a parody cover of the song, Amish Paradise, in 1996.

Coolio would go on to have a handful of major hits, including C U When U Get There in 1997 which became a top 10 hit in many countries around the world.

Coolio was also a successful actor, appearing in dozens of movies and TV shows over his career, including the 1997 movie Batman & Robin and TV series such as Charmed, Sabrina the Teenage Witch and the Dangerous Minds TV spinoff. More recently he appeared in reality shows such as Cookin’ With Coolio and Coolio’s Rules. He also provided one of the best theme songs of all time, for the hit show Kenan & Kel.

Tributes for the rapper are starting to pour in.