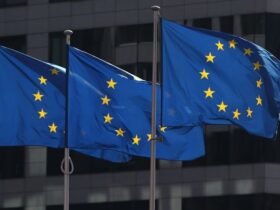 Antonio Conte has suggested the length of his contract at Tottenham is not relevant to how long he will stay as he dismissed links to Juventus as “disrespectful” and sought to focus on Saturday’s derby at Arsenal.

The manager has been touted by the Italian media to return to Juventus at the end of the season and the story rumbled for much of the international break. Conte’s old club have struggled this season under Max Allegri, winning two of nine games.

It has not just been Allegri’s difficulties that have driven the narrative but Conte’s situation – his deal runs until the end of the season and there is then the option on Spurs’s side to extend for another year.

Conte joined last November and he repeatedly called on them to match his ambition, mainly with regard to transfer activity, which led to fears that he would quit if they did not do so.

Conte surely sees the benefit of being able to leverage his position, reinforced perhaps by having a short contract, and he was vague about when he might discuss an extension. What he was keen to stress was how much he was enjoying working at Spurs – with the chairman, Daniel Levy, and the managing director, Fabio Paratici. And the biggest factor for him is, and will remain, the overall direction of travel.

“The most important thing for me is that I’m really enjoying to work with Tottenham, with these players, especially, and the relationship with Daniel and Fabio is good. I’m OK and I think the club is happy about this situation.

“Now the most important thing for Tottenham’s present and Tottenham’s future is to get the best possible result [against Arsenal].”

Conte was put on the spot about his plans for contract extension talks. Would the break in the Premier League season for the World Cup represent a good opportunity? “There doesn’t exist a right time,” he said. “It could be tomorrow. It could be the last day of the Premier League season. The most important thing for me and the club is to understand we want to continue together, to go in the same direction. Otherwise I don’t see a problem.

“I said in the past I didn’t need another contract to be sure to stay in a club. Also, for the club, it’s a good investment to have a coach like me and my staff. At the right time, I will take the best decision. At this moment, I’m really happy.

“I don’t want to push the club about the situation because it’s not the right time. We have just started the season and we have a long time to live together and to understand, to continue to work together.”

Conte has been angry about the Juventus links in Italy. “This is disrespectful for the coach that works in Juventus and also disrespectful for me working for Tottenham,” he said. “We have the whole season to find the best solution for the club, for me. We signed a contract because we both agreed to sign this contract and I don’t see problems. I don’t want to hear people in the future speaking about this.”

Spurs would go top if they win at the Emirates in the league for the first time since 2010. Arsenal will be without Emile Smith Rowe, who has had surgery on a long-term groin injury. The club hope the forward will return to full training in December.