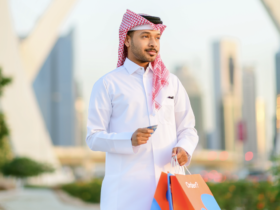 Hans Niemann will be tested by three of the top 10 grandmasters next week when the 19-year-old, who the world champion, Magnus Carlsen, has publicly declared to be a cheat, takes on the American elite in the $250,000 US championship at St Louis, which has its first round (of 13) on Wednesday.

Niemann will be returning to the the “capital of chess” where a few weeks ago he shocked Carlsen by defeating the Norwegian in the third round of the Sinquefield Cup.

The manner and circumstances of that result, an exceptionally rare loss for Carlsen with the favourable white pieces against a much lower rated opponent – ending the Norwegian’s run of 53 games without defeat, has come under close scrutiny after the world champion singled it out in his statement on Monday night.

“Throughout our game I had the impression that he wasn’t tense or even fully concentrating on the game in critical positions, while outplaying me as black in a way I think only a handful of players can do,” said Carlsen. “This game contributed to me changing my perspective.”

Carlsen’s assessment is contrary to the general view of commentators on the game that there were errors and inaccuracies on both sides, with Niemann missing clearer routes to victory and Carlsen overlooking several chances to draw or make the win difficult. Russia’s Alexander Grischuk summed it up succinctly: “Their game wasn’t suspicious. Niemann played average and Carlsen played poorly.”

It is also possible to play against a world champion without tension, as evidenced by the reaction of Jonathan Penrose during his famous 1960 victory over Mikhail Tal, where he described the experience as feeling like an Essex v Middlesex county match.

One of the spectators as the game and players were screened live from St Louis was Tim Harding, a Dublin historian and the leading expert on British 19th century chess. Harding wrote in the English Chess Forum: “I was watching pretty much throughout the game and Hans’s interview afterwards. I saw nothing to suggest that Hans was doing anything to put Magnus off, nor anything to suggest that Hans thought Magnus suspected him of cheating. I saw Niemann play well, but not perfectly (as the commentators showed at a few points) and I saw Magnus playing badly and acting pissed off near the end.”

Carlsen’s prime example may be unconvincing, but top GMs have generally taken his side. The 2018 world title challenger and former world No 2, Fabiano Caruana,said he had personal experience with a cheater who had been exonerated: “There is no doubt in my mind that he was cheating and he got away with it.” Caruana described key moves in one of Niemann’s 2022 wins as “fishy” and “weird”.

Hikaru Nakamura, the current world No 5 and five-time US champion, will not be competing in St Louis next week, but has made it plain to his million plus Twitch followers that he distrusts Niemann.

Ian Nepomniachtchi, winner of the 2022 Candidates and current world No 3, revealed his suspicions about Niemann’s erratic form before his strong start at the Sinquefield Cup. “For me it’s weird having two not so brilliant performances in a row, and then coming and screwing some of the top players,” he said. Levon Aronian, the world No 10 who will make his US championship debut next week, said: “I believe Hans has not been the cleanest person when it comes to online chess.”

So five of the world top 10 have made critical statements about Niemann, while the other five have not made significant comments. There is no hard evidence but this still represents a crisis of confidence. What happens in the US championship, which includes a strong field of rising talents as well as the trio from the world top 10, may well determine what sort of future Niemann has in top-class tournaments. He is seeded eighth out of 14.

The St Louis organisers, aware that their championship will be keenly watched by chess fans worldwide and by the international media, issued a pre-tournament statement which stressed that anti-cheating mechanisms will be prominent: “We anticipate hosting another successful event, complete with rigorous protocols to ensure the best chess players in the country can continue to compete on an even playing field.”

Play begins at 7pm daily from 5 October until 19 October, with a playoff, if needed, on 20 October, and can be followed live online.

Last week’s open at Nova Gorica, Slovenia, was a double success for English talents. Matthew Wadsworth, 22, fresh from his Cambridge MA economics dissertation and now aiming for grandmaster, won with 7/9, his third tournament win in a row.

Shreyas Royal, 13, scored his second international master norm (of three needed for the title). Royal’s recent performances have surged, his tournament rating of 2535 was a personal best, and he is now in contention to break David Howell’s 2007 age record as the youngest ever English GM at 16 years and one month.

Royal’s journey to the top has been significantly aided by backing from Tata Consultancy Services, the IT company which is part of the Tata Group most famous in chess as sponsor of the “chess Wimbledon” at Wijk aan Zee, Netherlands.

The world girls under-eight championship in Batumi, Georgia, proved the narrowest of misses for England’s Bodhana Sivanandan, who tied on 9.5/11 with India’s Charvi Anilkumar but missed gold by half a point on the third tiebreak count.

The Harrow state school pupil, who has featured previously in this column and will still qualify as an under-eight in 2023, is already England’s top-ranked girl under 11 despite having no master-level coach.