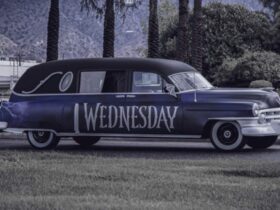 Chelsea are planning further talks with Bayer Leverkusen’s Tim Steidten over their sporting director role as the internal restructuring under the club’s new owners continues to gather pace.

The new regime, led by Todd Boehly and Clearlake Capital, have been making changes behind the scenes and made their latest move on Tuesday by informing Chelsea’s head physio, Thierry Laurent, that his services are no longer required. Laurent has been at Stamford Bridge for 17 years and his exit follows the news of the departure of the club doctor, Paco Biosca, signalling the desire of Boehly and Clearlake to bring in their own people.

Chelsea intend to make hires in the medical department in due course and are also looking to reorganise their recruitment team. During the summer Marina Granovskaia, who largely took charge of transfers during the Roman Abramovich era, and the technical and performance adviser Petr Cech departed. Boehly also replaced Bruce Buck as chairman while the club’s head of scouting, Scott McLachlan, left this month.

The aim is to take a collaborative approach to recruitment, with departments working closely together. Chelsea, who sacked Thomas Tuchel and replaced the German with Graham Potter as head coach this month, have targeted several candidates for their sporting director roles. Ideally they would like that job to be focused on data and recruitment, but they do not want the role to have too many responsibilities.

It means they are also looking to hire a new technical director to oversee operations at their training ground.

Chelsea had hoped to appoint Red Bull Salzburg’s Christoph Freund as sporting director, only for the Austrian to turn them down last week. They have switched focus elsewhere and have held positive initial talks with Steidten, who dealt with Chelsea over Callum Hudson-Odoi’s recent loan move to Leverkusen.

Part of Steidten’s appeal is his focus on data. The 43-year-old was appointed as Leverkusen’s squad planner in 2019 and became the Bundesliga club’s sporting director last summer. Chelsea have also considered Leeds United’s Victor Orta. They have encountered frustration in attempts to hire the former Liverpool transfer guru Michael Edwards, who has been linked with Manchester United. It is also understood Chelsea, who are keen to make an appointment before the World Cup, could look at internal candidates.

The new sporting director will need to work with Potter’s trusted recruitment analyst, Kyle Macaulay. It is understood Macaulay has already made a strong impression on staff at Chelsea.

The exit of Laurent brought the number of departures from Chelsea up to four in the past week alone. Last week Chelsea fired their commercial director, Darren Willoughby, for sending “inappropriate messages”. The club’s director of communications, Steve Atkins, is also poised to leave in December and take up a role at McLaren Racing.