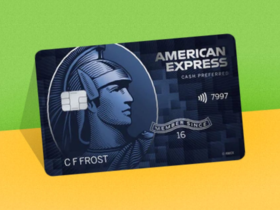 Lounging in a gaming chair, the Paris Saint-Germain forward recorded a video singing along to a Bolsonaro jingle and making V signs with both hands to signify 22, the number of Bolsonaro’s party as it appears on Brazil’s electronic ballots.

The populist leader is trailing badly in the polls and could face a humiliating first-round defeat when 156 million Brazilians go to the polls on Sunday.

If neither candidate wins a first-round majority then a run-off will be held on 30 October.

Neymar’s support for the far-right leader came a day after Bolsonaro visited the Neymar Institute in Santos, the city where he made his name as a young player before being transferred to Barcelona.

Neymar was not present but he spoke via phone and welcomed Bolsonaro to a charity that provides sporting, health and educational facilities to thousands of underprivileged local children.

His endorsement is the latest by a high-profile footballer from the South American country that is the only team to win the World Cup five times.

Bolsonaro took power in 2018 with the support of several top names, including the former Barcelona strikers Ronaldinho and Rivaldo, Tottenham winger Lucas Moura and ex-Juventus and Galatasaray midfielder Felipe Melo.

Since then, other players have hinted at their support for a president who was named after Jair Rosa Pinto, a legendary Brazil player from the 1940s and ’50s.

Bolsonaro is a keen football fan and often appears wearing club shirts at campaigns, rallies and even official functions.

His campaign four years ago was notorious for the way it used national symbols such as the flag, the anthem and Brazil’s famous yellow jersey. Campaign rallies are still seas of yellow as supporters wear what Brazilians call the canarinho, or little canary, in reference to its bright yellow hue.

In recent months, however, a campaign has been under way to retake the shirt from the far right ahead of November’s World Cup in November.

Singers Anitta, Ludmilla and Djonga have worn the yellow jersey on stage and the well-known football commentator Galvão Bueno fronted a campaign declaring, “Independent of our differences off the field, it’s time to remember what the original shirt means. It belongs to you, to me, to the whole support.”

The issue is distressing to many people who grew up seeing a shirt worn by Pelé, Sócrates, Ronaldo and Marta as a symbol of Brazil’s soft power.

One in five Brazilians said they would not wear the Brazil shirt today for political reasons, according to a recent study by Ibmec University’s Sports Administration League.

In another sign of the polarisation around the garment, when Nike launched a new Brazil kit earlier this year the shirt manufacturers would not permit buyers to put Bolsonaro or Lula’s name on the back.

Curiously, Neymar himself admitted earlier this year that the national team was no longer as beloved as it once was and he was unrepentant on Friday in a follow-up post on Twitter.