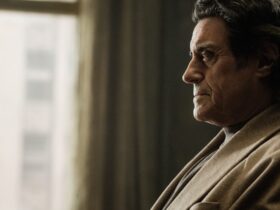 Iran has taken “a step backward” with its latest response to a nuclear deal proposal, US Secretary of State Antony Blinken said Monday, calling a near-term agreement “unlikely.”

“What we’ve seen over the last week or so in Iran’s response to the proposal put forward by the European Union is clearly a step backward and makes prospects for an agreement in the near-term, I would say, unlikely,” Blinken told reporters, speaking from Mexico City, where he met with Mexican President Andrés Manuel López Obrador.

The United States and Iran have traded responses via the European Union to a proposal put forward by the EU’s top diplomat, Josep Borrell. Iran submitted its initial answer in mid-August; the US replied to it about a week later.

Earlier this month, Iran sent its latest answer, which a State Department spokesperson called “not constructive.”

As CNN previously reported, according to a US senior administration official, Iran in its latest response reopened the issue of the UN nuclear watchdog’s investigation into undeclared uranium traces found at Iranian sites. Iranian officials had repeatedly said that the International Atomic Energy Agency (IAEA) probe would need to be closed before they would return to the deal. However, a separate US senior administration official suggested last month that Iran had accepted the EU proposal – described by Borrell as the “final text” – without making demands regarding the investigation.

Blinken said Monday he could not offer a time frame for when he thinks it will be possible to reenter an Iran nuclear deal, saying Iran is either “unwilling or unable to do what is necessary to reach an agreement.”

“They continue to try to introduce extraneous issues to the negotiation that make an agreement less likely,” Blinken said. “But certainly what we’ve seen in the last week is a step backward away from the likelihood of any kind of near-term agreement.”

US officials had previously voiced some optimism around the latest efforts to revive the nuclear deal – which the US left in 2018 during the Trump administration and which Tehran has increasingly violated since then – but hopes of a breakthrough have continued to fade.