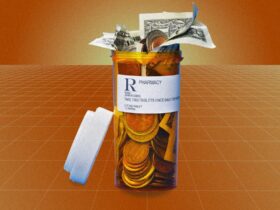 And it’s a yellow card for Porecki. The entire Wallaby pack dragged the driving maul down but someone had to go so to the sin bin so it’s the hooker. Big trouble now for Australia as New Zealand are rightly rewarded for their dominance. That shove was only going one way.

27 mins: Australia had the ball in New Zealand territory but they were swiftly on the back foot after a counter attack that began with Beauden Barrett who passed to Clarke. The Kiwi winger exploded up field, jinked past one and had Jordan on his right. Pass and it’s surely a try. Inexplicably he goes back in field so New Zealand recycle. Retallick picks and goes and momentum is with New Zealand. The game is held up as the referee Brace blows for an off side. That’s Slipper who has strayed. Brace considers a card but keeps them in his pocket. AB line-out 5m out.

Scintillating from Will Jordan. He’s absolutely skinned the replacement Petaia on the outside by putting on the after burners. The ball came from way out left and wormed it’s way right. New Zealand got front foot ball from a charging run from Rieko Ioane but there was still loads to do by the time it make it to Jordan. There appeared to be little on but that was enough for the man with jet fuel in his boots. Pure pace. Mo’unga with the extras opens up a double digit lead.

Really messy period ends with an All Blacks penalty 7m out from the poles. It started with an AB line-out on the right. Australia win it in the air but a wild pass infield from Porecki finds no one and New Zealand swarm and win it back. Lomax charges forward and brings it close to the line and a Wallaby strays off side. The ref tells Slipper his team is on a warning. Another penalty in the red zone and that will be a card.

Mo’unga kicks an easy shot at goal and opens the scoring.

18 mins: New Zealand’s defence is water tight. Australia charge it up off the back of another clean line-out. Foketi and Alaalatoa involved but Foley runs out of room and stabs a nothing grubber out.

New Zealand keep the ball from their line out and eventually win a penalty after over exuberance from the Wallabies on the ground. All Blacks line-out 10m into Aussie territory.

16 mins: Ah, it’s a knock on by the Wallabies inside New Zealand’s 22. A better line-out on the right gives them quick ball. They keep it tight but recycle quickly. Swift passing around the fringe opens a gap but the man through the hole (didn’t quite see who that was) can’t hold on to the short, stiff pass. All Blacks scrum in their own territory and Jordie Barrett hoofs it to the halfway line.

14 mins: The Wallaby lin-out isn’t clean but they win the ball. Several busting runs towards the line come to nothing as the AB’s win the penalty. They tap and go, what a mad start to the game. Australia get it back and punt it forward with Koroibete countering. Jordan cleans up for the men in black and the clearing kick only goes as far as the 22. Australia will have the feed. Hectic opening.

12 mins: Penalty to Australia 10m in All Black territory. Brilliant turnaround. The move started with a line-out on the right with Gordan putting up a high kick. Clarke fields it and New Zealand drive it up but once again Australia win the ball on the ground. They have the feed to the line-out 10m out from AB’s line.

10 mins: Another penalty in the red zone. Baffled there isn’t a card. All Blacks go to the line-out instead.

They’ll regret that decision as the Aussies win a turnover penalty on the ground and now Foley has the chance to clear.

Haha. He takes his time to kick and the crowd jeer him.

Huge let off for the Wallabies.

8 mins: Australia turn the scrum into a mess. Great shove. Savea loses control and it becomes scrappy. Clarke cleans up but it’s an Australian knock-on in the tackle so New Zealand have the feed again. Still 5m out. Slightly closer to the poles.

7 mins: The All Black scrum is too strong. Another penalty. They drive it close to the line but Savea is held up. They pack down again. Either a try or a card incoming. Australia need to get a back involved to stop this tide.

5 mins: The extra body in the pack pays off for New Zealand and they shove Australia back and win a penalty. They go to the blindside and Ardie Savea gets his dancing shoes on. He passes inside and the ball is worked across the field where Beauden Barrett finds space and dinks a kick into Aussie territory. Koroibete cleans up but it’s an AB scrum again 5m out.

3 mins: A scrum inside NZ territory on the 10m line after a knock on. It’s been a good start for the Wallabies but a solid platform now for the ABs with a man advantage.

That’s the 8th yellow for Australia in the Championship, more than any other team.

Nope, it’s Holloway who is the guilty party. And he cops a yellow. That he dropped Papali’i safely means he doesn’t see red.

1min: A barnstorming run from Holloway takes the ball into NZ’s 22m but the clear-out is deemed illegal. There’s a tip tackle (I think) from Porecki on Papali’i. I think there’s a card coming. Might be a red.

AUSTRALIA DID THE BOOMERANG!

The anthems are done. The smoke is clearing. And the haka is about to get underway. We’re getting close.

Ardie Savea is back! In my preamble rambles I forgot to mention that New Zealand’s wrecking ball, for my money the most versatile loose forward in the game and a man who would walk onto any team sheet around the world, is back. Hope he goes well.

The haka chat is gaining traction. This from a supporter across the ditch adds some perspective:

This is from a South African rugby writer. Fans across the Indian Ocean will be watching this one closely. It’s been a cracking Championship so far. How good would it be if the final game in Durban later today was the deciding contest?

For those of you who like the other oval ball, I’ve been told it’s the AFL Grand Final. I must confess, I know nothing about that sport. It’s like watching a swarm of bees pay homage to a Hieronymus Bosch painting. Still, if that’s your vibe. Take a gander at the live blog while you wait for the real stuff to start:

So much of the prematch chat has centred on the Haka. Last week, the Australian’s lined up in a boomerang formation. Dave Rennie had this to say:

The All Blacks are laying down a challenge with the Haka aren’t they? If you’re a New Zealander, you face a Haka with a Haka. Most sides in world rugby don’t have the luxury to be able to reply or respond that way. So the boomerang shape is unique to us. I’ve worked with a kaumatua (respected Maori tribal elder) in New Zealand for a lot of years and it was his suggestion back in 2020 to form a boomerang shape.

And the idea being that we throw the boomerang out when we start the Haka and it hovers above their head, mincing up their words and bringing their energy back to us.

And the idea of advancing in the boomerang shape is to show we’re up for the challenge. I think it’s an incredibly respectful way of approaching the Haka and our boys have certainly embraced it.

Apparently a few All Blacks took issue with the formation after their decisive try last week and gave their Wallaby counterparts a mouthful. They said it was ‘disrespectful’.

I’m with Rennie on this one. In my column this week I wondered if we should put a cap on the Haka. If it provides the All Blacks (and other Pacific Island nations) an advantage, should they be restricted to performing it on home soil? Needless to say, a legendary All Black and even a 127-Test Springbok disagreed:

Just the two changes for Dave Rennie’s side with Harry Wilson starting at No 8 and the fit again Caderyn Neville moving to the second row. Bernard Foley continues at flyhalf after making a remarkable comeback to Test rugby while Rob Valentini, one of the form players in the game at present, starting at blindside flank.

There’s a change at hooker with the double-try scorer Samisoni Taukei’aho making way for Codie Taylor. Sam Whitelock skippers the side in place of the injured Sam Cane with Beauden Barrett starting at fullback. Expect some bombs from his boots. His brother Jordie slots in at inside centre. Will be fascinating to see how he gets on in midfield.

Good morning, good afternoon, welcome to the live coverage of of the sixth and final round of the Rugby Championship from Eden Park, Auckland. Kick off is at 7:05pm NZST/5:05pm AEST/8:05am BST.

Last week was nuts. The match itself was bonkers, dominated by a refereeing decision that prompted Rugby Australia to write a formal letter of complaint to World Rugby.

It’s a shame that has been the main talking point as Australia roared back from a gargantuan deficit and almost pulled off one of the more remarkable comebacks in their history. New Zealand, though, did what they always seem to do and scored when it mattered to clinch it at the death. A team condemned as one of the worst in All Blacks history is now just one more victory from securing the tightest Rugby Championship in memory.

History is with the men in black. Australia last won here in 1986 which was the last time New Zealand tasted defeat at their impenetrable fortress.

The Championship may be over for the Wallabies but they’ll have revenge on their mind. It promises to be a cracker and I genuinely can’t wait.

My name is Dan/Daniel/whatever you prefer. I’ll be keeping you company as we build up towards kick-off.

Do drop me an email or say hi on Twitter. I do my best to reply to every message but I read every word and appreciate them all.

I’m off to make a strong coffee. In the meantime, sink your teeth into Angus’ preview: