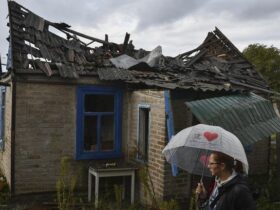 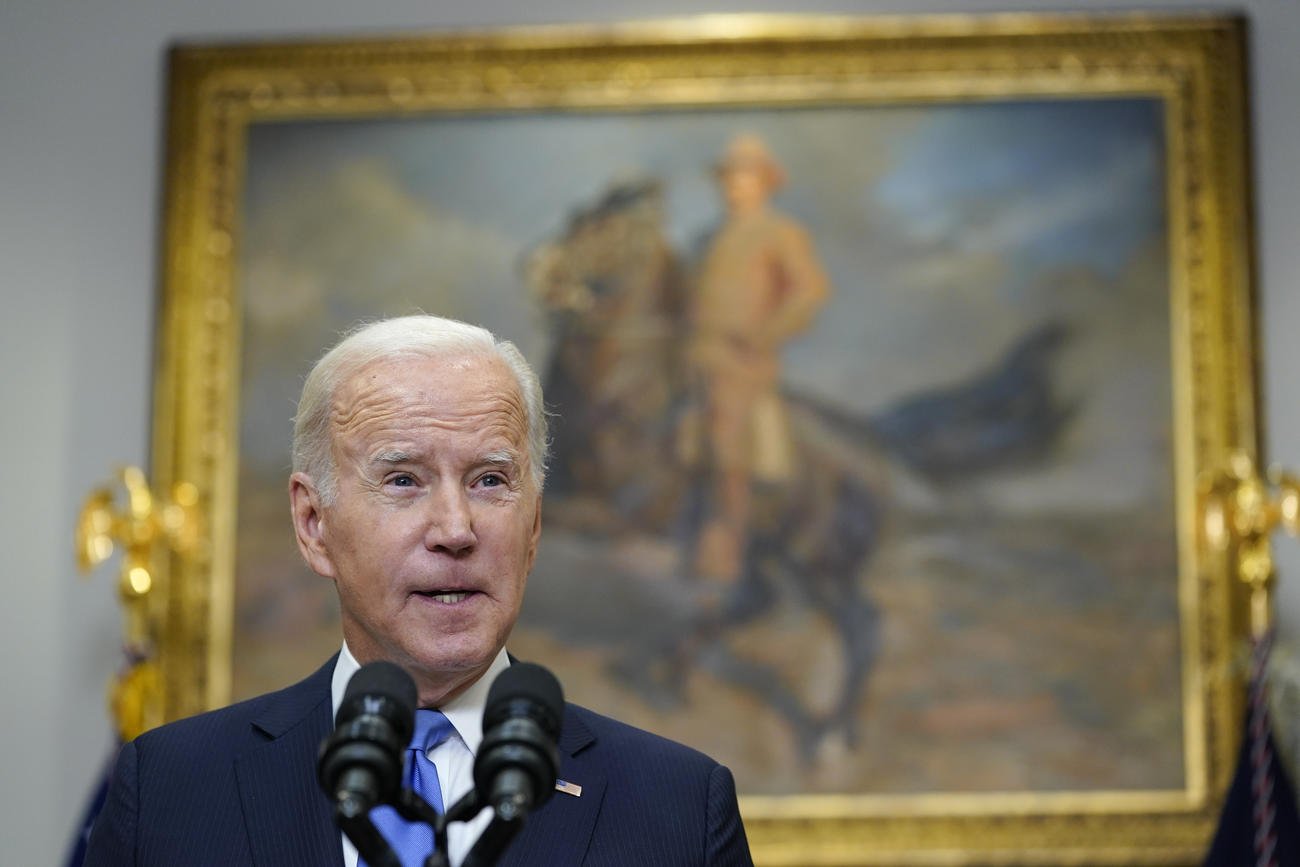 WASHINGTON — The United States and its allies hit back at Russia’s annexation of four Ukrainian regions on Friday, slapping sanctions on more than 1,000 people and companies including arms supply networks as President Joe Biden warned Vladimir Putin he can’t “get away with” seizing Ukrainian land.

Biden said his administration would support any effort by Ukraine to retake the annexed territories by force, setting the stage for further hostilities. And Ukrainian President Volodymyr Zelenskyy announced that his country would make an “accelerated” bid to join the NATO military alliance, a plan not endorsed by the U.S. or other allies that could add fuel to the fire.

“America and its allies are not going to be intimidated by Putin and his reckless words and threats,” Biden told reporters. He added that Putin “can’t seize his neighbor’s territory and get away with it.”

Russian President Vladimir Putin’s announcement that Russia is incorporating four Ukrainian cities and areas was not unexpected following referendums this week that the West had denounced as shams. And the U.S. and Western allies had previewed what their reaction would be.

But the developments dramatically increased tensions to a point not seen since the Cuban Missile Crisis 60 years ago during the Cold War.

Biden had spoken out against the annexation plans last week at the U.N. General Assembly, where a vast majority of other members also voiced support for respecting the territorial integrity of all nations On Friday, he also used the moment to reiterate that the U.S. and NATO allies would not allow Russia to attack any of the nearby NATO members without facing a strong military response.

“America is fully prepared, prepared with our NATO allies to defend every single inch of NATO territory. Every single inch,” Biden said. “And so, Mr. Putin, don’t misunderstand what I’m saying. Every inch.”

While the Biden administration has identified the suppliers of Russia’s weapons and battlefield high-tech as a priority, many of Friday’s other sanctions were in line with penalties already enacted on thousands of Russian individuals and companies, and may have comparatively little impact on the war effort. The administration hopes they will serve to further undermine support for Putin’s invasion among Russia’s elite.

Meanwhile, the U.S. and its European allies are rushing to complete agreement on a measure they hope will do more to damage Russia’s economy: a cap on Russia’s maritime oil exports that would undermine the prices Putin can demand for his country’s oil globally.

For now, Biden said the new U.S. financial penalties, similar to those coming from like-minded countries, will impose severe costs on people and companies “that provide political or economic support to illegal attempts to change the status of Ukrainian territory.” The sanctions will apply to countries, people or firms that support or do business with Russia-backed authorities in the newly annexed areas.

“No one is fooled by what Moscow has done,” Blinken told reporters at a joint news conference with Canada’s visiting foreign minister. “The entire process around these sham referenda was a complete farce. This territory is and will remain Ukraine, and Ukraine has every right to defend its land, to defend its people and to take back the territory that Russia has seized from it.”

This suggests the U.S. will support the Ukrainians with weapons and ammunition to help them with military action to retake the annexed areas. The U.S. has warned Ukraine in the past not to use American weapons against Russian territory.

“This kind of loose talk about nuclear weapons is the height of irresponsibility, and it’s something that we take very seriously,” he said. “To date” he said, the U.S. has not seen that “Russia is actually doing anything that suggests they are contemplating the use of nuclear weapons.”

“I can just tell you that we plan against every possible scenario, including this one.”

Biden also pushed back against Putin’s comments on Friday in which he accused the West of sabotaging Russia-built natural gas pipelines under the Baltic Sea to Germany. Nordic nations said the undersea blasts that damaged the pipelines this week and have led to huge methane leaks involved several hundred pounds of explosives.

The president said the U.S. and allies are still working to determine who was responsible for the blasts, but excoriated Putin over his accusation.

“Let me say this, it was a deliberate act of sabotage,” Biden said. “And now the Russians are pumping out disinformation and lies.”

As for a broader guarantee of protection, Ukraine has sought NATO membership for years but has not yet been admitted due to concerns about its domestic governance. As a result of Russia’s invasion, Finland and Sweden have applied for fast-track admission into the alliance.

Earlier, following Putin’s announcement, the White House along with the State, Treasury and Commerce departments had announced the new sanctions in a series of coordinated statements. The sanctions expand on what have been escalating penalties against Russia and its proxies since the invasion began on Feb. 24.

Treasury designated hundreds of members of Russia’s parliament, leaders of the country’s financial and military infrastructure and suppliers for sanctions designations that include asset freezes and bans on Americans doing business with them. The Commerce Department added 57 companies to its list of export control violators, and the State Department added more than 900 people to its visa ban list, making them ineligible for travel to the United States.

Since the start of the invasion, the U.S. and European nations have imposed significant financial penalties on Russia, its leadership and wealthy oligarchs tied to Putin. The allies have gone after the central bank reserves that underpin the Russian economy and have severed many Russian banks from a vital global financial network called SWIFT.

The war is having a devastating impact on the global economy and has contributed to massive disruptions to supplies of energy and food throughout the world. The Organization for Economic Cooperation and Development this week said the global economy is set to lose $2.8 trillion in output in 2023 because of the conflict.

Putin appears undeterred. He warned that Russia would never give up the absorbed regions —the Donetsk, Luhansk, Kherson and Zaporizhzhia regions— and would protect them as part of its sovereign territory.

Both houses of the Russian parliament will meet next week to approve the treaties for the regions to join Russia.