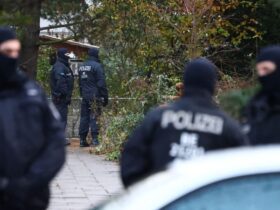 Looking for the best switch controller? The Nintendo Switch‘s Pro controller is superior to the company’s smaller Joy-Con controllers for more demanding games. (Drift issues aside, the Joy-Cons are good for simple multiplayer games.) With the addition of actual grips, the Switch Pro controller is more comfortable. When you’re in the heat of the moment, the full D-pad and larger buttons help you find the right controls. All of Nintendo’s controller features like HD Rumble, NFC for Amiibo scanning and motion controls are supported, and it works with or without wires. It’s great, but it’s also regularly priced between $60 and $70.

Also Read: Nintendo Switch OLED review: The Best Switch Yet, But Not Quite Different Enough

A number of cheaper third-party Switch Pro-like controllers are available, though. That’s why we tested out several options to find the best Switch controller you can buy right now. Nintendo’s official game controller still leads the way in button feel and comfort, but some of these alternatives do come close. Also, just because Black Friday and Cyber Monday have come and gone, doesn’t mean you can’t find a deal on a controller right now. Most of our favorites, including Nintendo’s Pro Controller, are discounted at the moment.

Aside from lower prices, going with a third-party Switch Pro controller has some advantages. For example, some have a Turbo button for faster firing rates or mappable buttons to make certain commands easier to trigger. Plus, a few of the ones we chose can be used with MacOS, Windows and Android, too. We’ll update this list periodically as we try new products.

For even more options, check out GameSpot’s recommendations.

If you can afford to get the official Switch Pro Controller, do it. It’s the best you can get at the moment in terms of comfort, performance and features. And if you need to buy more than one controller, maybe get this one for yourself and one of the less expensive options below for visiting friends and family.

Its one added feature is two extra buttons on the bottom of the controller that can be mapped on the fly. Also, while the original version of the Enhanced Wireless Controller ran on AA-size batteries, the newest models have a built-in rechargable battery for up to 30 hours of gameplay.

The Little Wireless Controller — yes, that is its actual name — is slightly bigger than a Joy-Con but so much more comfortable to use. The buttons are firm and responsive and there’s no mushiness to the D-pad, either. The thumbsticks are taller than the Joy-Con’s, which gives you greater accuracy. The rear buttons, despite being directly on top of each other, are shaped perfectly to make sure you hit the correct one. There is no rumble or NFC support but it does have motion control. The rechargeable battery is rated for up to 40 hours of wireless use and is charged via a USB-C port in the back. A super little travel companion.

Binbok’s Joypad is a combination of Nintendo’s Joy-Cons and its wireless Pro Controller. There are left and right Joy-Con-like controllers that can slot onto the sides of the Switch, similar to Hori’s Switch Split Pad Pro. This gives you the comfort and larger controls of the Pro controller while you use the Switch handheld.

However, unlike Hori’s controller, the Binbok Joypad can be used off the Switch because each has a built-in battery and Bluetooth. Their design makes them awkward to hold as Joy-Cons but it can be done, and each has adjustable rumble and motion controls. They both have a mappable button on the inside of their grips as well as turbo buttons. The Home button can wake the Switch when you’re ready to game and you can even change the color of the LED light rings around the thumb sticks.

If you like to customize, this Bluetooth controller is for you. Using 8BitDo’s Ultimate software, you can remap buttons, adjust stick and trigger sensitivity as well as vibration control and easily create macros for complicated button combinations. The left-hand controls are flipped so the layout is more like a PlayStation controller, but everything feels good and responsive. It’s comfortable, too, although the black-on-black design makes the button labels near-impossible to see, but other colors are available.

The 8BitDo SN30 Pro Plus Bluetooth Gamepad controller, which normally sells for $50, works with the Nintendo Switch console, Android, Windows and MacOS. Another nice feature: Its rechargeable battery pack can be easily swapped out for a new one so you can keep playing if the included one runs down or no longer holds a charge.

It’s like the regular PowerA Enhanced controller except smaller. The $50 Nano has the look, feel and features of the larger model including motion controls, rumble (not HD rumble, though) and mappable buttons. It runs on a built-in rechargeable battery instead of replaceable AA cells, though. A six-foot USB-C cable is included for charging; you’ll get up to 20 hours on a single charge.

The Nano is designed for travel (it even comes with a nice little pouch for storage), but it’s also good for kids or anyone with smaller hands. Also, while the shell is more compact, the buttons are full size, which is generally great. However, in a couple of games where I was button mashing furiously, I would regularly miss the Y button and hit the Home button instead — not great if you’re in the middle of a battle. At least the mappable buttons on the back of the controller made a workaround possible.

One other minor point: I noticed the Bluetooth range on mine is a couple of feet shy of the full-size version’s range. It’s something easily solved by sitting a bit closer to the Switch and an acceptable compromise for an on-the-go Pro-style controller.

Yes, you can fix your cracked Nintendo Switch

The $50 full-featured design of the SN30 Bluetooth Gamepad controller makes it a more travel-friendly Nintendo Switch Pro controller alternative. And there are no mushy buttons here: Everything feels firm and responsive. While it might look similar to the PDP controller above, the thumbsticks are set up like a PlayStation controller. And unlike the PDP, it can be programmed for use with Android, Windows and MacOS.

It’s wired, but the $20 Horipad is one of the more comfortable controllers we tested, and its buttons and sticks feel nice, too. But, while it does have a Turbo button, it lacks vibration and motion control. Its D-pad isn’t a true pad, but a plastic piece that snaps on over four discrete buttons. It works fine, but the fact that it’s a wired controller might be a deal-breaker for some. Currently, the black version of the controller is tough to find at its normal price but you can find it in blue and red.

The Insten falls under “You get what you pay for” for me but, for what it’s worth, it’s the favorite of my 8- and 10-year-olds. It’s just a basic wireless controller with aggressive dual-shock vibration. It’s comfortable but feels cheap and flimsy. To be fair, though, the controller did survive a high-velocity altercation with my TV and I can’t say the same for the TV. The best part about the Insten is the price, especially if you want multiple controllers: You can pick up a two-pack for less than $50.