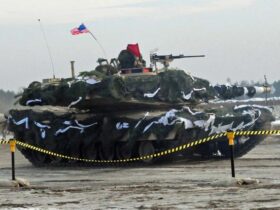 This story is part of Gift Guide, our year-round collection of the best gift ideas.

Game consoles, gaming hardware and new games and accessories are an easy holiday win. Finding exactly what you want, however, can be harder. Yes, the PS5 from Sony is easier to buy than at any point in its two-year lifespan, but you still have to hunt around a bit. The Xbox Series X and Series S are generally easy to buy now, as is the OLED Nintendo Switch. If you’re looking for the absolute best gaming gift, any one of these consoles is a sure hit.

Going a little further afield, Meta’s Quest 2 is still the VR headset to beat, even though Meta/Facebook recently raised the price. Newer VR headsets like the PSVR 2 (for PS5) aren’t coming until next year, and Meta’s upcoming new VR headset is going to be a much more expensive, pro-level device, rather than a casual gaming system.

Handheld gaming is experiencing a renaissance in 2022, with the Nintendo Switch joined by the Analogue Pocket and Panic Playdate — two retro-feeling mini-consoles that will give you classic GameBoy vibes. On the other end of the spectrum, the Steam Deck from Valve (also still hard to find) is a full-featured mini gaming PC.

For an overall favorite, the $499 PlayStation 5 is for gamers who want high-profile, Sony-exclusive games like God of War or Horizon: Forbidden West. The $499 Xbox Series X is great for gamers who want a whole ecosystem of Xbox Game Pass games that work across Xbox, PC and even tablets and phones (via cloud gaming).

Out best budget pick for a game console is the Xbox Series S, which does almost everything the bigger Series X does, but for $299. Another budget idea: For $49, you can pick up a Microsoft Xbox controller, in a variety of colors — it’s a great gift because it works across Xbox, gaming PCs, iPads and iPhones, even Apple TV.

The Xbox Series X is a powerful 4K gaming machine that works best with a similarly advanced 4K TV.  The platform offers exclusives like Halo and Forza, as well as for games from Microsoft-owned Bethesda, including the Fallout and Elder Scrolls games, and the upcoming Starfield.

The Xbox’s biggest advantage is the excellent Xbox Game Pass subscription service, which includes many of the biggest new games, for $15/month, and also includes PC and cloud gaming.

The smaller, cheaper Series S version of the new Xbox plays all the same games, but outputs them at 1440 resolution, which lies somewhere between traditional HD and 4K. More importantly, it’s great for downloading and playing the huge catalog of Xbox Game Pass games, or for free-to-play online games like Fortnite.

The Xbox controller has become the unofficial industry standard. It connects via Bluetooth, so it works on not only Xbox consoles, but also your PC or Mac, iPhone, Android phone or iPad, and even the Apple TV.

Since nearly every PC game, and many iOS games, are already mapped to work with this controller, so it’s as close to pick-up-and-play as a gaming accessory can get.

For the budget-friendly price of $50 this remains one of the most comfortable gaming headsets under $100 you’ll ever clamp over your ears. Among the updates from the previous version, the Cloud Stinger 2 now has an expanded frequency response on both ends, an updated headband with rotating earcups, a bendier boom for the mic and a better on-ear volume dial.

This fourth iteration of Nintendo’s Switch hybrid handheld adds a bigger, better built-in display (now an OLED screen), plus a redesigned kickstand and TV dock. For anyone looking to jump into Switch or add a second unit for household multiplayer, this is the default model to consider.

But if you’re looking for the next Zelda game, that’s not coming until May, 2023.

Taking the openness, flexibility and scale of PC gaming and putting it into handheld form has long been a holy grail for a devoted subset of WASD gamers. The Steam Deck comes closer than anything I’ve seen to nailing that formula.

The Steam Deck is made by Valve, the company behind the hugely successful Steam online game store/platform, but you should know what you’re doing before committing to the device. It’s a handheld AMD-powered PC running Linux (with an overlay called Steam OS), and it plays many, but not all, of the PC games on the Steam online store.

If you’re prepared to do some tweaking and experimenting with settings, and feel comfortable with general PC game troubleshooting (versus the plug-and-play ease of living room consoles), the Steam Deck is a fantastic gaming device.

For anyone with a pile of old Game Boy games, the Analogue Pocket is a Game Boy revival dream come true. The Pocket plays Game Boy, Game Boy Color and Game Boy Advance cartridges, and other retro handheld games like Sega Game Gear with separately sold adapters. A sharp color screen and a battery with USB-C recharging mean games play and look fantastic. A separately sold dock can play games on a TV screen, too.

The Panic Playdate is tiny, yellow, has a nonbacklit black-and-white screen, and plays its own unique indie games, 24 of which come included with the purchase price. Games are controlled with buttons, a D-pad, and a wacky turning crank that’s used in multiple games to good effect. The Playdate’s adorable and weird, very experimental-feeling, and we have no idea what future games will arrive. But it’s destined to be a collector’s item for handheld and indie game lovers.

The Quest 2 is the easiest to use VR headset, even though the starting price has jumped from $299 to $399. It’s totally self-contained, need no cables or external tracking cameras, and plays a pretty diverse set of games, from shooters, to puzzle games to theme park rides.

And it’s not just for gaming; it can be used for fitness training, virtual theatergoing and even VR meetings. Caveat parentis, though: The user has to login to Facebook, so be wary if you’re giving it to a kid.