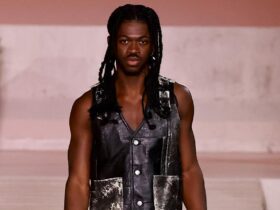 Immediately after Chelsea’s 2-1 victory against Crystal Palace on Saturday, much of the focus was, quite rightly, on the visitors’ second goal. Conor Gallagher’s 90th-minute winner was as spectacular as it was dramatic and, given it came against the club where he enjoyed a successful loan spell last season, rich in narrative.

However for Chelsea, their first goal of the afternoon was arguably more noteworthy, not only because it got them back into the game following Odsonne Édouard’s seventh-minute opener for Palace but because it came from a centre forward, and specifically a No 9. Mateja Kezman, Hernán Crespo, Fernando Torres, Álvaro Morata, Gonzalo Higuaín: just some of the elite-level goalscorers who have looked anything but while wearing Chelsea’s No 9 shirt during the past couple of decades and, after Romelu Lukaku became the latest to flop in that particular item of clothing, Thomas Tuchel admitted there was a belief within the dressing room that it was cursed.

“Players sometimes want to change numbers but nobody wants to touch it,” the German said in early August, shortly after Lukuku had returned to Internazionale on loan. Yet someone has taken it – a man Tuchel brought to Chelsea just before he also left the club and who showed at the weekend he has what it takes to break this most curious of spells.

Pierre-Emerick Aubameyang required only 38 minutes of his Premier League debut for Chelsea to score his first goal for the team. The strike may have been controversial given it was set up by Thiago Silva not long after the Brazilian centre-back should have been sent off for a cynical handball, but it was also a thing of beauty, Aubameyang guiding a quickly hit and precise low shot past Vicente Guaita, having expertly turned away from Joel Ward inside Palace’s area. Textbook stuff from a textbook centre-forward, the very thing Chelsea have been lacking for so long and which suggests yet another turbulent season in the club’s history could, again, end with success.

“It feels very good to score,” Aubameyang said. “When you are a striker you just want to get that first goal as soon as possible and it came today so I am really happy. I am really happy to get back to the Premier League with a goal.”

What also caught the eye in regards to Aubameyang’s performance was his willingness to drop deep and go wide in order to get involved in Chelsea’s buildup play, something for which he is hardly renowned. The 33-year-old completed 20 out of 23 passes, made one pass into the final third, created one goalscoring opportunity and even made one interception. It was an all-round display and, while time will tell if that continues, the early signs are undeniably encouraging from a player who, it is fair to say, has gone through a lot during the past 19 months, from joining Barcelona after his time at Arsenal turned sour to moving to Chelsea in order to rekindle the successful working relationship he had with Tuchel at Borussia Dortmund only to see him sacked after one game together. Oh, and in between he suffered a broken jaw during a home robbery.

“He [Aubameyang] has had a difficult summer for different reasons,” said Graham Potter after securing what was his first victory as Chelsea manager. “He’s had a quite traumatic experience that can affect you. The way he has handled himself has been A1, so I’m really happy for him to get a goal and contribute to a win.”

Next up for Chelsea is Wednesday’s Champions League encounter with Milan. For Aubameyang that means another chance to show he definitely has what it takes to snap Stamford Bridge’s No 9 hoodoo as well as reacquaint himself with the club where he began his career a little over 14 years ago. Having come through Milan’s academy Aubameyang never actually played for the first team, but for someone who was a raw and inexperienced teenager at the time just being able to train with the Rossoneri’s stars was enough, with one in particular making an especially dazzling impression on the aspiring striker – Ronaldo. Il Fenomeno.

“To tell the truth, he was a bit fat by then,” recalled Aubameyang with a trademark grin. “But he was still the best. I will always remember when Carlo Ancelotti had a go at him about his fitness, he said: ‘What do you want me to do, run or score goals?’ Ancelotti said: ‘Score goals,’ and the next time Ronaldo scored twice.

“For sure that is part of the character you need as a striker because you need to be strong mentally. I learned a lot [from Ronaldo] and now I want to show what I am capable of doing.”