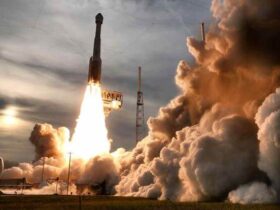 Fighting in the bitter cold and in environments dominated by ice is tough and dangerous but DARPA is not about to just let this problem go.

The Defense Advanced Research Projects Agency (DARPA), the Pentagon’s arm for cutting-edge and transformational warfighting technology development, is now seeking proposals for technologies that alter and control ice at the molecular level, thus mitigating the risk for troops fighting and operating in extremely cold environments.

The power DARPA seeks is reminiscent of that wielded by Princess Elsa in the beloved Disney movie Frozen, and seems nearly as fanciful – but DARPA has an impressive track record of being able to achieve the near-impossible. After all, the agency played an outsized role in developing what we now call the internet.

The stated goal of DARPA’s Ice Control for Cold Environments (ICE) program is to “deliver novel biologically sourced or inspired molecules that can control or exploit ice crystallization,” according to a recently posted invitation for proposals. The presolicitation notice addresses the first two phases of what the agency expects to be a three-phase project. In these phases, the document states, the program will attempt to control ice by inhibiting the freezing/refreezing process and limiting how molecules stick to ice.

“The warming of the Arctic has opened access to new trade routes and necessitated an expanded operational area where the U.S. military must counter peer adversaries seeking to exploit emerging theaters in [extreme cold weather] areas,” it explains.

“Significant physiological and material barriers exist to establishing and maintaining a force capable of sustained operations in ice-prone environments. Many of these challenges are a consequence of the physical properties of ice… as well as the impact these phenomena have on the surrounding operational environment and force readiness,” it adds.

Why DARPA wants to control ice

Ice is an enemy that is getting a vote in Arctic and cold-weather military operations.

New trade routes and expanded operational area aside, the cold has certainly dealt a significant share of historical military defeats.

The U.S. Eighth Army and the 5th and 7th Marine Divisions found themselves taking more casualties from the cold than from the enemy during the 17-day Battle of Chosin Reservoir in 1950 during the Korean War, where temperatures plunged to 35 degrees below zero. Ultimately, surrounded by the Chinese and frostbitten, U.S. troops were forced to retreat, marking a major turning point in the war.

In 2017, then-Marine Corps Commandant. Gen. Robert Neller warned Marines to be careful what they wished for when considering the prospect of a military confrontation with the North Korean nuclear dictatorship headed by Kim Jong-un.

War on the Korean peninsula would be “Game of Thrones-like” General Neller said.

In a release, DARPA stated that the cold would likely be a major barrier to taking on a future adversary: peer and near-peer competitors identified by the Pentagon include Russia and China, which both have bitterly cold regions in winter.

“Targeted stakeholder outreach and engagement has reinforced that frostbite is a substantial mission risk due to insufficient medical countermeasures, and that ice accumulation on critical Department of Defense maritime equipment can lead to decreased seaworthiness, increased risk on ship surfaces, and degraded electronics and machinery performance,” officials stated.

Controlling Mother Nature with her help

But, it continues, there are plants and organisms in nature who possess various mechanisms to do, on a smaller scale, what DARPA is attempting, from ice-binding proteins found in bugs, plants and fish to pigments in algae and bacteria that can absorb specific light wavelengths in order to melt snow.

“The ICE program seeks to utilize diverse and ingenious biological solutions to operating in extreme environmental conditions,” DARPA states. The agency adds that there’s little standardized testing and study to demonstrate and measure the properties of how ice crystals form and develop, and how these various agents found in nature interact with ice to control it or mitigate its effects.

In the first 18-month phase of this development effort, participants selected by DARPA will use the agents and compounds found in nature as a starting point to create test beds and drill down to the substances’ precise ice control properties. At the end of the phase, the agency says, the teams that do well should identify at least 25 molecules in each of three ice crystallization classes: inhibition, induction, and adhesion. From these, at least 10 molecules in each class should be selected for optimization as tools for ice control.

The second phase, set to last 12 months, will then assess these molecular candidates based on how well they perform and line up with Defense Department objectives, and start compiling safety data with their use. DARPA wants to see at least a 75 percent improvement in ice control using the selected molecules, and develop an idea about how they can be incorporated into actual warfighter tools.

The third phase, to be further described and developed later, is where these biological capabilities would be harnessed for the benefit of the warfighter through “application-specific testing to enable transition to DoD stakeholders.”

According to information posted by DARPA, the whole program would last about four years.

“Throughout all phases, performers will be expected to engage with U.S. Army Corps of Engineers Research and Development Center’s Cold Regions Research and Engineering Laboratory for testing and evaluation,” DARPA officials said in a release.

“In addition, teams will collaborate with ethical, legal, and societal implications experts and ensure the research addresses any related concerns. By the end of the program, performers will be asked to demonstrate properties of ice crystallization control (adhesion, inhibition, or induction) and provide preliminary safety data for DoD-relevant applications,” they added.

The current deadline for responses to the solicitation is November 8.

It seems almost ludicrous that DARPA would decide it needs to control the elements and then go about doing just that. But stealth aircraft, GPS, and even digital virtual assistants all owe their existence in large part to the agency’s labs.

Anne Cheever, the ICE program manager, said in a released statement that, essentially, this is what DARPA exists to do.

“The prevention of injury to operators, the preservation and extension of the operational lifetime of equipment, and asymmetric tactical advantage afforded by novel disruptive technologies are tenets of DoD policy,” Cheever said.

Hope Hodge Seck is an award-winning investigative and enterprise reporter who has been covering military issues since 2009. She is the former managing editor for Military.com.

Read the original article on Sandboxx.

© Copyright 2022 Sandboxx. All rights reserved. This material may not be published, broadcast, rewritten or redistributed.