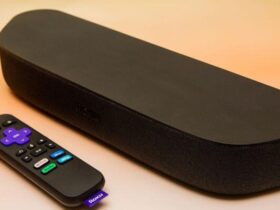 Best soundbars and audio gear for the big game 2021

Whether you like it or not, Apple TV Plus streams baseball games. The iPhone-maker has been streaming Friday night games all season and that will continue tonight with two potentially historic games. First up is a matchup between the Boston Red Sox and New York Yankees at 7:05 p.m. ET (4:05 p.m. PT). Baseball’s most storied rivalry usually attracts attention, but with the Yankees already destined for the postseason and the Red Sox nearly eliminated from playoff contention, all eyes are on Yankees slugger Aaron Judge.

Judge currently has hit 60 home runs this season, one shy of the American League record of 61 hit by Yankee great Roger Maris in 1961. The Yankees star outfielder came within feet of hitting the tying shot Thursday night.

Apple TV Plus’ second game of the night could see yet another milestone home run. The St. Louis Cardinals will battle the Los Angeles Dodgers in California at 10:10 p.m. ET (7:10 p.m. PT). The 104-win Dodgers have already locked up the NL West division, while the 88-win Cardinals are closing in on a playoff berth. As with the Yankees game, however, one player in particular will be in the spotlight: Cardinals great (and former Dodger) Albert Pujols and his quest for 700 home runs. He currently sits at 698 career dingers.

Because these games are on Apple’s streaming service, the only way to watch either contest will be on Apple TV Plus. They will not air on television at all, even if you live in a local market like New York or Los Angeles.

Here’s everything you need to know about these games and how to watch the rest of Apple TV Plus’ baseball slate.

Read more: How to Watch Baseball Without Cable

Apple normally charges $5 per month for Apple TV Plus, but its baseball games this season are available for free to “anyone with internet access.”

What devices can I watch on?

You can watch the games on any devices that have the Apple TV app. This includes iPhones, iPads, Apple TVs and Macs as well as streaming platforms like Roku, Amazon Fire TV and Google’s Android TV and Google TV.

If you have a game console, there is an Apple TV app for Microsoft’s Xbox One and Xbox Series S and X, and Sony’s PlayStation 4 and PlayStation 5. Recent TVs from Samsung, LG, Sony and Vizio also may have Apple TV apps. More details on supported devices can be found on Apple’s site.

What about Android and Windows devices?

Apple does not have Apple TV Plus apps for Android devices or Windows computers, but it does let you stream its shows, and these games, using a web browser by going to tv.apple.com.

You will, however, need to sign in to or make an Apple account to watch the games.

Are the games available on TV, too?

No. These broadcasts are exclusive to Apple TV Plus, so you will not be able to watch them on your local regional sports network.

Who are calling the games?

Will the games stream in 4K?