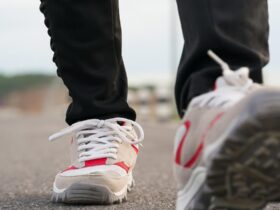 Antonio Conte has revealed that he went to Buckingham Palace after the death of Queen Elizabeth II to pay his respects.

On Friday, the Tottenham manager should have been making the final preparations for their Premier League meeting with Manchester City but he admitted that the postponement of that game enabled him to prepare differently for the visit to Lisbon to face Sporting in the Champions League on Tuesday, choosing a stronger side; it also enabled him to experience a “historic” moment that he said he will never forget.

“What happened in England in the last few days is a shock,” Conte said. “She was 96 years old and for me honestly it was very difficult to believe that she had died: in your mind, you think that the Queen is immortal.”

“Unfortunately the Queen is dead. We were all saddened because we are talking about a person whose service for this country was outstanding. At this moment there is a big sadness in the country. I live in London and on Friday, there is an atmosphere and I went to Buckingham Palace like a normal person – because I am a normal person with a heart – to live this situation because for sure I will remember this for the rest of our lives. And then the Premier League took an important decision to stop and shown great respect for the death.”

“We are talking about a situation that will be history in the future,” Conte explained. “To be here in this moment, to live this is for sure a sad moment but a the same time it is a special moment because we are talking about the death of a queen. I will keep this in my heart and my mind for the rest of my life.”

Conte admitted that the postponement of the City match altered his plans for this meeting and insisted again on the need to rotate his squad – even if it is difficult for players to get used to. With Richarlison adding to Spurs’ attacking options, that now includes Son Heung-min, about whom he had previously said he would be “mad” to leave out of the side.

“Not playing on Saturday gave us the possibility to recover better and the situation has changed because when you play every two, three days you need rotation otherwise you risk injuries,” Conte said. “The game against City being postponed gave us the possibility to recover well and let me be more relaxed picking the starting XI. It let me try something different. I have changed some things in my mind. The Premier League postponing helped us recover and have the chance to pick the best XI [against Sporting] and then for the next game against Leicester.”

The problem may be further on. “If we don’t play [against Leicester] the schedule to find time and space to recover these games is very, very difficult,” Conte said.

“We have four players for three places [up front], and every manager likes to have these kinds of problems,” he continued. “That makes it harder for me to choose but it is the right way because when you play a competition like the Champions League you need a deep squad. We started the season with Harry [Kane], Sonny and Dejan [Kulusevski] and in the last games I prefer[ed] to play Richie.”

“When you to build something important and with ambition and to fight to win, we have to change our habit. Otherwise it means you want to stay where you were. We have ambition but the players have to accept the rotation. I am here to change the whole habit and the habit was that the players were used to play every game but that habit means you don’t have a chance to win every game.

“You try to make the players happy but a big club has a big squad. At the moment we don’t but we have started to follow this path. So if I drop one of these four players, it is normal and it is good.”