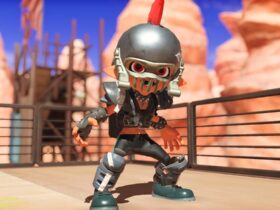 The Star Wars universe expanded on Disney Plus in the form of Rogue One prequel series Andor, which takes place five years before the events of the 2016 movie. Diego Luna returns as Cassian Andor, who plays a vital role as a spy in the early days of the Rebel Alliance against the totalitarian Galactic Empire.

This 12-episode series kicked off Sept. 21, when the first three episodes hit Disney’s streaming service. Four episodes are available now. We’ll now get one episode each Wednesday until Nov. 23.

Is there a trailer?

Lucasfilm gave us several trailers ahead of the show’s release, with the latest coming at parent company Disney’s D23 Expo in early September. You can also check out a 9-minute preview (mostly scenes from episode 3) in Disney Plus.

Will Andor get a second season?

It sure will. Creator Tony Gilroy confirmed at May’s Star Wars Celebration Anaheim that the show will return for a 12-episode second season that leads directly into Rogue One. It’s unclear when season 2 will air, but it’ll probably hit Disney Plus in 2023 or 2024. Expect to hear more at Star Wars Celebration Europe next April.