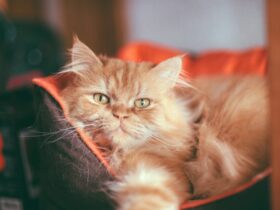 After a long summer of campaigning to take over from Boris Johnson, who’d resigned in disgrace and left behind a bitterly divided and toxic political landscape, Truss was ready to hit the ground running and move on from her predecessor’s era.
During her leadership campaign, Truss presented herself as the embodiment of the Conservative right. She was a reformed Euroskeptic street fighter who would continue Johnson’s aggressive style when dealing with her opponents — both in her own party and across the political divide.

However, it was while she was presenting her plan to help Britons cope with soaring energy costs to Parliament last Thursday that Truss first discovered that  doctors were concerned for the Queen’s health and recommending medical supervision. Hours later, Buckingham Palace announced the monarch had died.

Since that moment, British politics — which has been in a near-permanent state of chaos and crisis since around 2016 — has effectively stopped.

All the personal attacks, tribalism and bitterness that have typified the British political landscape since the 2016 Brexit referendum have gone. Politics is largely united in its grief for Her late Majesty and the idea of things going back to normal after the national period of mourning ends next week seems jarring.

In the past few years, conservative newspapers have branded judges “enemies of the people” for opposing Brexit; the leader of the opposition, Keir Starmer, was falsely accused by Johnson of being responsible for the decision not to prosecute a notorious pedophile during his time as England’s chief prosecutor; and on numerous occasions, lawmakers have been thrown out of Parliament for directly calling the prime minister a liar.

The passing of the Queen has created a window that couldn’t have been constructed artificially. A moment in history that has demanded restraint from Britain’s ruling classes could provide the country with a welcome reset in its political discourse.

“In the immediate term, her death has disrupted how Truss’s government planned to get up and running,” Catherine Haddon, a fellow at the Institute for Government, told CNN.

“Administrations usually start with key dates and moments in mind. By the first hundred days they want to have set a tone for government and stamped their authority on politics. Truss’s team might now approach big set-piece speeches on their vision for Britain’s future very differently,” Haddon added.

Officials working for the government and the main opposition Labour party told CNN that this enforced period of quiet might encourage both sides to shift away from the type of aggression that embodied the Johnson years.

“When Johnson was in office we had to focus on the personal because he was such an ethically flawed person, but also because he was constantly on the attack,” an adviser to Starmer told CNN.

“What I hope will happen is a return to focusing on ideological differences, an area where I think we still comfortably beat them,” they added.

Multiple government sources said that they also hoped this moment will inspire a new, unifying approach to political debate, whatever their personal politics.

They also point out that the pressure on Truss to carry out her job in an appropriately dignified manner is enormous. Allies note that in some respects, Truss will benefit from this period of quiet reflection, as she will forever be remembered as the PM who came into office just days before the biggest constitutional upheaval in the country for decades.

It is undeniable that the hugely complex, choreographed series of events that followed the Queen’s death have so far unfolded smoothly, and that a pressure valve has been opened up in politics.

Haddon noted that “those of us who obsessively follow politics will have noticed that the briefings against opponents have stopped and the tick-tock, gossip of politics appears to have completely disappeared.”

But others think that this period could soon be over as the bitter reality of Britain’s brutal winter kicks in, as households face soaring energy bills and rising inflation, compounding the country’s cost-of-living crisis.

“Of course, this is a great opportunity for Truss to take a back seat and put some distance between herself and Johnson, but the energy and cost-of-living crises that were going to dominate the first days of her premiership haven’t gone away,” Rob Ford, professor of politics at the University of Manchester, told CNN.

He points out that Johnson’s biggest political success — the UK’s vaccine rollout — for which he could claim personal credit, only bought him a few months of goodwill before scandals brought him down.

“If this period continues to go smoothly, it could end up being something people remember as uneventful and certainly not something that Truss is celebrated for. If the UK then goes into recession and Labour continues to lead in the polls, politics has a habit of reverting to type and Truss will have to go on the offensive.”

Almost everyone involved in politics who spoke to CNN said that they hoped this transition period would provide a bit of space to turn down the temperature. The divisions of the past few years, the personal attacks and nasty briefings have not made Britain a stronger or more prosperous country.

To take a single example of how distasteful discourse had become, during the Conservative leadership contest to replace Johnson,a then-member of the Cabinet, Nadine Dorries, retweeted a doctored image of Rishi Sunak, Truss’s opponent and Johnson’s former finance minister, stabbing Johnson.

It is worth noting that since 2016, two sitting MPs have been murdered while doing their jobs, meeting their local constituents. Any decent elected official should surely think twice before publishing such an image.

Certainly, Britain has been a calmer, more reflective place in the last week. Whether that translates into a lasting change in the nature of political discourse is hard to predict. But it would surely be no bad thing if everyone involved in UK politics took a moment to think about the purpose of democracy, and take their cue from the dignity shown in the past week by the people who they are meant to serve.