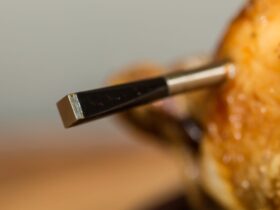 This story is part of Focal Point iPhone 2022, CNET’s collection of news, tips and advice around Apple’s most popular product.

Give your iPhone a big upgrade by downloading iOS 16, available today for most iPhone devices. You’ll get a bundle of new lock screen options and plenty of other upgrades. Apple revealed the iOS 16 release date last week during its fall iPhone event. This is an annual tradition for Apple: Announce the next version of iOS in the spring at its WWDC conference, spend the summer testing the new operating system with developers and other beta testers, then launch the OS alongside the newest iPhone in the fall.

The new operating system will be available on the iPhone 8, the second-gen iPhone SE and all later models — X, 11, 12, 13 and 14, including Pro, Plus and Max models.

CNET has been testing the iOS 16 beta for months, so we already have a good idea of what to expect. The biggest iOS 16 features are a more customizable lock screen, the ability to edit and unsend iMessages (with limitations), some changes to lock screen notifications, enhancements to Apple Wallet and the ability to use SharePlay
from messages.

These annual upgrades to iOS are important chances for Apple to make larger overhauls to its operating system, which it’s been doing since 2007. Users can still expect smaller updates throughout the year — iOS 15.6.1 was the previous version, and it includes an important security patch — but the September updates that upgrade iOS by an entire version usually involve the biggest changes.

If you’re ready to download the new operating system, you can follow our iOS download guide. As always, remember to back up your data and make sure you’re on Wi-Fi before installing an update this big.

You should also consider waiting a few days before downloading to spare yourself the risk of inconvenient bugs that didn’t get squashed during the beta testing.

The update for iOS 16 is about 2.8GB. It took me about an hour to download and install, so make sure you’re not going to need your phone for a while before you start the download.

The iOS 16 release date wasn’t the only thing announced Wednesday. Apple also showed off the iPhone 14 and 14 Plus, iPhone 14 Pro and 14 Pro Max, Apple Watch Series 8 and the new Apple Watch Ultra. For more on iOS 16, check out our favorite hidden iOS 16 features, whether your iPhone is compatible with iOS 16 and our guide to unsending and editing texts.