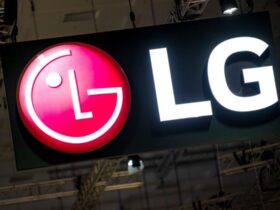 Chinese leader Xi Jinping and his Russian counterpart, Vladimir Putin, will meet face-to-face this week for the first time since Moscow sent troops into Ukraine earlier this year.

When they last met, in February in Beijing during the Winter Olympics, they proclaimed their friendship had “no limits.” Since then, Russia has sought ever closer ties with China as Europe and the United States responded to the invasion with wave after wave of sanctions.

Beijing has carefully avoided violating Western sanctions or providing direct military support to Moscow. This balancing act, experts say, is a sign that Xi won’t sacrifice China’s economic interests to rescue Putin, who arrived at the Shanghai Cooperation Organization summit in Uzbekistan this week with his army retreating from large swathes of Ukrainian territory.

But the trading relationship is booming, in a lopsided way, as Russia desperately seeks new markets and China — an economy 10 times the size — scrambles for cheap commodities.

Trade in bilateral goods is at record levels as China snaps up oil and coal to tackle an energy crisis. Russia, meanwhile, has become a top market for China’s currency, and Chinese companies are rushing to fill the vacuum left by departing Western brands.

China’s spending on Russian goods soared 60% in August from a year ago, hitting $11.2 billion, according to Chinese customs statistics, surpassing July’s 49% gain.

Its shipments to Russia, meanwhile, jumped 26% to $8 billion in August, also accelerating from the previous month.

For the first eight months of this year, total goods trade between China and Russia surged 31% to $117.2 billion. That’s already 80% of last year’s total — which stood at a record $147 billion.

“As the war in Ukraine drags on, Putin’s losing friends fast and increasingly becoming more and more dependent on China, whose economy is 10 times the size of Russia’s,” he added.

For China, Russia now accounts for 2.8% of its total trade volume, slightly higher than the 2.5% share at the end of last year. The European Union and United States have much bigger shares.

China was already Russia’s largest single trading partner before the war, and accounted for 16% of its total foreign trade.

But the world’s second biggest economy has assumed much greater significance for Russia, which has plunged into a recession because of the Western sanctions.

“China-Russia trade is booming because China is taking advantage of the Ukraine crisis to buy Russian energy at a discount and replace Western firms that have exited the market,” said Neil Thomas, a senior analyst on China at Eurasia Group.

Russia displaced Saudi Arabia in May as the top supplier of oil to China. Moscow has held onto that top spot for three straight months through July, according to the latest Chinese customs data.

The Ukraine war has also sent demand for the Chinese yuan soaring in Russia, as Western sanctions largely cut Moscow off from global financial system and restricted its access to the dollar and euro.

Yuan trade on the Moscow stock exchange amounted to 20% of the total trading volumes by major currencies in July, up from no more than 0.5% in January, according to Russian news media outlet Kommersant.

According to statistics published by SWIFT, the messaging system used by financial institutions globally to process international payments, Russia was the third biggest market in the world for payments made in yuan outside mainland China in July, after Hong Kong and the United Kingdom. The country didn’t even appear on SWIFT’s list of top 15 yuan markets in February.

Russian companies and banks are also increasingly turning to the yuan for international payments.

Last week, Russia’s Gazprom said it would start billing China in yuan and ruble for natural gas supplies, while Russia’s VTB bank said it was launching money transfers to China in yuan.

For Beijing, it’s a boost to its ambitions to make the yuan a global currency.

“Increased Russian use of the yuan also helps to inch forward China’s long-term goals to make the redback a global currency, to insulate itself from Western financial sanctions, and to enhance its institutional power in international finance,” said Thomas from Eurasia Group.

For Russia, this partnership with China “is born of desperation,” said Krach.

“Because Russia has been severely weakened, in part by sanctions, Putin is willing to do a deal with a predatory power so long as it gains access to capital,” he added.

Chinese companies are also taking advantage of the exodus of Western brands from Russia.

Chinese smartphones accounted for two-thirds of all new sales in Russia between April and June, Reuters reported, citing Russia’s top electronics retailer M.Video-Eldorado. Their total share in Russia has steadily increased from 50% in the first quarter, to 60% in April, and then to more than 70% in June, M.Video said.

Xiaomi was the best-selling smartphone maker in Russia in July, holding 42% of the market, according to Russian media Kommersant.

(SSNLF), once the market leader, had only 8.5% of the market in July. Apple

(AAPL) held 7%. The two companies accounted for almost half of the Russian market prior to the Ukraine invasion, but suspended sales of new products in the country after the war began.

Passenger cars from Chinese manufacturers accounted for almost 26% of Russia’s market in August, the highest on record, according to Russian analytical agency Autostat. That compares with just 9.5% in the first quarter.

Major global auto players, including Ford and Toyota, have pulled back from Russia this year.

But there are also significant limits in the China-Russia partnership, analysts said.

China is not providing military, commercial, or technological support that would “risk significant US sanctions on China,” said Thomas at Eurasia Group.

“Beijing will not sacrifice its own economic interests to support Moscow,” he said.

Fearing a US backlash, China has so far “steadfastly” refused to violate international sanctions against Russia, forcing Moscow to request military support from North Korea, said Craig Singleton, senior China fellow at the DC-based Foundation for Defense of Democracies.

“Beijing’s refusal to violate US and international sanctions reflects its begrudging acceptance that China remains reliant on Western capital and technology to sustain its ongoing development, even though Xi is personally inclined to assist Putin’s war effort,” he said.

“There’s always been mistrust between the two regimes, which historically treated each other as rivals,” Krach noted.

The current Sino-Russia partnership is mainly a “defensive” one, enhanced by Beijing and Moscow’s shared view that NATO and the United States pose a “palpable national security threat,” said Susan Thornton, senior fellow and visiting lecturer at Yale Law School.

“Russia’s war in Ukraine is not in China’s interest, but given Western hostility, China will not oppose Russia,” she added.